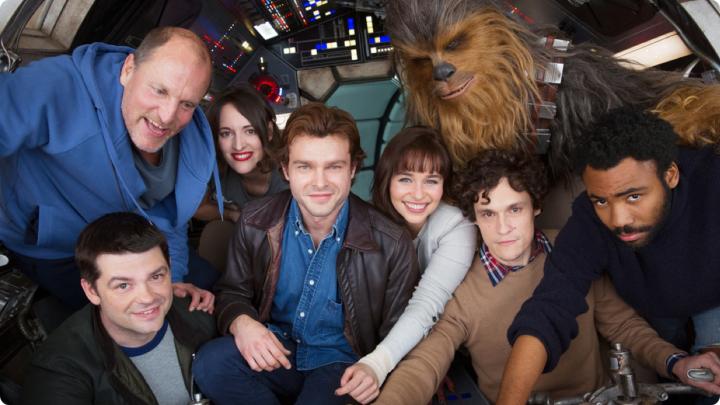 The dog-eared catchphrase “May the force be with you” gets a boost with the latest movie-themed charitable initiative from  Star Wars: Force for Change benefitting two well-established children's charities. Presented in cooperation with celeb-and-brand-backed online charity auction platform Omaze, Star Wars “Past, Present and Future” will raise proceeds for Starlight Children’s Foundation, which assists hospitalized kids and their families, as well as for UNICEF, which provides humanitarian care to children and mothers in developing countries.

The fundraising campaign “is themed around the timeless appeal of Star Wars,” according to a press release, “with experiences inspired by the saga’s past, present, and future.” Contest winners have the chance to appear in the upcoming Han Solo movie opposite Woody Harrelson and Alden Ehrenreich, win tickets to the world premiere of Star Wars: The Last Jedi or have an overnight stay at the fabled and otherwise inaccessible Skywalker Ranch in Marin County, California.

For four weeks beginning April 11 and running through May 11, 2017, for varying donation amounts (from $10 to $50,000) at Omaze.com/StarWars fans receive their selected campaign perk (patches, t-shirts, prints, coins, helmets and more) and entries for a chance to win these once-in-a-lifetime Star Wars experiences, with each week bringing a new prize to be awarded to a randomly selected winner. "Your donation gives you entries to win," the site states. "Donating more gives you additional entries and unlocks exclusive merchandise," listing the amounts below.

At the end of the campaign, a grand prize winner will score all three experiences (and bragging rights for all eternity).

Star Wars: Force for Change — which to date has raised over $13 million for charitable causes around the world — was founded in 2014 by Lucasfilm and Disney, the studios behind Star Wars and “was inspired by Star Wars fans, and the countless hours they have dedicated to philanthropy over the past four decades,” according to a press release. That includes some $9 million raised towards UNICEF’s programs “to put children first.”

Starlight Children’s Foundation boasts some impressive numbers of its own, with the 35-year-old charity helping some 60 million critically, chronically and terminally ill or injured children in the U.S., Canada, Australia and the UK.

Through a $1 million grant, Star Wars: Force for Change supports the Starlight Children’s Foundation core programs which “are designed to bring comfort and joy to hospitalized kids through Starlight’s network of more than 700 children’s hospitals, clinics, camps and other partners across the U.S.”

In a prepared statement, Lucasfilm president Kathleen Kennedy says, “In a year that we celebrate 40 years of the Star Wars saga, I continue to be inspired by the incredible generosity and charitable efforts of our fans.

“We are so proud of their tireless dedication to positively impact the lives of children and others around the world, and hope this year’s Force For Change campaign will offer a few of those wonderful fans an experience they will never forget.”