Who is Gaylord Nelson and How Does He and John F. Kennedy Figure into Earth Day? 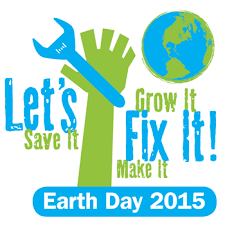 Do you know the name Gaylord Nelson? He passed away in 1981 but what a legacy he left. It’s Earth Day, the 45th anniversary in fact. So how did this global environmental movement with more than billion participants, according to Earth Day Network (EDN), start? Why April 22? And how does President John F. Kennedy fit into this?

The hippie era that had begun as peace movement in 1967, the summer of love, was now at its height.  Young people protested against war and there was a rebellion against consumption — of gas, of goods, of anything material: all you need is love.

“Although mainstream America remained oblivious to environmental concerns, the stage had been set for change by the publication of Rachel Carson's New York Times bestseller Silent Spring in 1962,” it explains on Earth Day’s web site. “The book represented a watershed moment for the modern environmental movement, selling more than 500,000 copies in 24 countries and, up until that moment, more than any other person, Ms. Carson raised public awareness and concern for living organisms, the environment and public health.”

In 1969, at a United Nations Educational, Scientific and Cultural Organization (UNESCO) conference in San Francisco, Calif., John McConnell, a long-time peace activist who had been at the forefront of the movement in the late 50s, proposed a day to honour the Earth. He suggested March 21, the first day of spring in the northern hemispehere. The idea was sanctioned by Secretary General U Thant.

Meanwhile, some years earlier, in 1963, another man, Senator Gaylord Nelson from Wisconsin, encouraged President John F. Kennedy to embark on a conservation trip to the western United States to discuss issues such as conservation and natural resource development. Seven years later, Nelson founded Earth Day, selecting April 22, simply because it was the first day of the “teach-in” he had proposed on the subject.

A teach-in is an informal educational forum, of interest to the public, on current political affairs — in this case, the environment. They are intended to inspire action.

“The idea came to Earth Day founder Gaylord Nelson, then a U.S. Senator from Wisconsin, after witnessing the ravages of the 1969 massive oil spill in Santa Barbara, California,” the Earth Day site says. “Inspired by the student anti-war movement, he realized that if he could infuse that energy with an emerging public consciousness about air and water pollution, it would force environmental protection onto the national political agenda.

“Senator Nelson announced the idea for a ‘national teach-in on the environment’ to the national media; persuaded Pete McCloskey, a conservation-minded Republican Congressman, to serve as his co-chair; and recruited Denis Hayes as national coordinator. Hayes built a national staff of 85 to promote events across the land.

“As a result, on the 22nd of April, 20 million Americans took to the streets, parks, and auditoriums to demonstrate for a healthy, sustainable environment in massive coast-to-coast rallies. Thousands of colleges and universities organized protests against the deterioration of the environment. Groups that had been fighting against oil spills, polluting factories and power plants, raw sewage, toxic dumps, pesticides, freeways, the loss of wilderness, and the extinction of wildlife suddenly realized they shared common values.”

In 1995, Nelson was honored with the Presidential Medal of Freedom in recognition of his environmental work.  He died in 2005 at age 89.