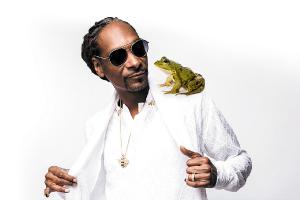 Animal rights charity In Defence of Animals has partnered with rapper Snoop Dogg to encourage animal-free dissections in school lessons. Their advocacy will center on its newly-launched Too Cruel for School campaign to teach students animal anatomy using synthetic frog models, including during stay-at-home online learning during current school closures amid the COVID-19 crisis.

“Every year, millions of frogs are stolen from their habitats and killed for dissection. That is just too cruel for school,” said Snoop “Frogg,” in a press statement filled with plays on his stage name and lyrics.

"Here’s to knowledge without suffering,” he added.

While this campaign focuses on frogs, according to the site, "Throughout the United States, over 10 million animals are killed for classroom dissection every year. Cats, pigs, rats, mice, and other animals are cut up and discarded, with frogs being the most commonly used animals in pre-college level dissections."

The California-based charity argues the novel coronavirus -- which In Defence of Animals contends “likely originated through the handling or consumption of a dead wild animal,” although this has not been confirmed -- underlines the dangers posed by dead animals in school settings.

"For these reasons, In Defense of Animals has launched the Too Cruel for School campaign to teach students animal anatomy at home, without risking outbreaks of animal-borne diseases," the charity said in a statement.

Free teacher-led dissection lessons on Facebook Live, which started March 31, will also be available at TooCruelforSchool.org

The appeal to the new coronavirus is new for the charity, but not its campaigning against live animal dissections in schools. 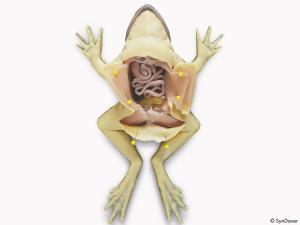 "Millions of frogs are stolen directly from their wild habitats and killed to be used in schools throughout the U.S. on an annual basis. The frogs’ bodies are then preserved with toxic chemicals, such as formaldehyde. This harmful chemical is known to cause cancer and is a dangerous asthma-trigger for children,” it reads on the web site.

“Animal dissection encourages students to view animals as objects to use and discard. By cutting up and dismembering an animal, students are desensitized to violence towards living beings and are taught to disregard the value of a once-living, thriving animal. Once dissected, the carcasses of dissected frogs are thrown away and the cruel, wasteful cycle continues."

Switching from live to synthetic frogs, or a SynFrog made of water, fibers, and salts, in classrooms, for example, could potentially save hundreds of thousands of frogs from being killed in classroom, the charity said.

In Defense of Animals as an animal protection organization founded in 1983 touts over 250,000 supporters as it encourages education, direct rescue campaigns and sanctuaries in India, Korea, and rural Mississippi, among its animal rights campaigns.

The group's campaigns include opposition to rodeos, celebrity chefs who use veal, foie gras and boiled lobsters in their cuisine, including tallying up deaths per-recipe, and a Strength in Kindness high school tour that encourages students to improve their health, save animals and sustain the environment through their food choices.

"Sadly, animal suffering and exploiting is the status quo. Millions of animals around the world suffer as objects of entertainment, food, experiments, clothing, or throwaway creatures pushed out of habitat by human expansion. Most people denounce animal suffering. In Defense of Animals has developed a unique approach to sow seeds of compassion to end cruelty. We strive to instill a new balance, in awaken awareness, and foster harmony -- between animals, humans, and the environment," the non-profit says on its website.