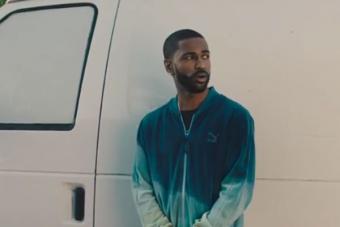 The video, which features R&B singer Jeremih, shows Big Sean riding around in a white van, picking up innocent victims of violence. In one scene a child is caught in the crossfire of a drive-by gang shooting. In the next segment children are seen "playing guns" in the backyard of what appears to be a birthday party. In the scenario after that two young black men are accosted by police and then shot at while their hands are up. After that a young Muslim woman gets attacked on a sidewalk by a mugger. In the video Big Sean collects all these violence victims in the van before releasing them into a symbolic light.

Big Sean explained why he funded the video himself in a statement on his website.

"We shot this video a couple months ago and sucks to see these scenes are still consistently playing out in real life... even down to this week. It's disheartening sometimes to see that not much has changed when it comes to hate, police brutality n just overall people losing their lives too early. But when I wrote this song, it was to reassure myself that no matter what happens, they can't take away our Soul, our confidence, our ideas, n all that makes us shine. This song isn't a single but is still super important to me, so I paid for a lot of this outta pocket to make sure we got this out. Rest in peace to all those who have lost life due to senseless actions. As I always say, each one of us have the power to make a change, it starts within....the inner Light."

The "Light" video is far from the first time the rapper who has worked with the likes of Drake and Kanye West has tried to do good.

Through his Sean Anderson Foundation, Big Sean has worked aggressively to "assist in the education, health, safety and well-being of Detroit Area school aged youth as well disadvantaged youth in other areas across the nation." One foundation program, Mogul Prep, teaches young people the various challenges someone aspiring to be part of the entertainment industry may face. Another program, Project Knapsack, has students team up with a pen pal in Africa and exchange a knapsack of school supplies to students in need. A third program, #ItTakesOne, encourages random acts of kindness.

Big Sean was given a key to the city of Detroit last month in honour of his efforts.