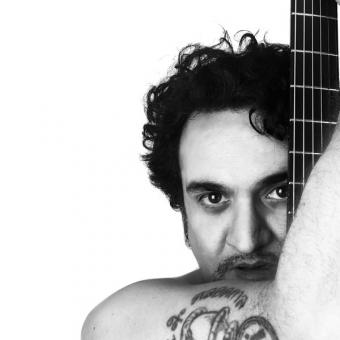 U.K. musician Tim Arnold, who composed the music to Iggy Pop's 2016 film Blood Orange, will be using International Day Against Homophobia, Transphobia & Biphobia (IDAHOT) on May 17 to unveil a supportive new music video for the song “What Love Would Want.”

Arnold, formerly of 1990's Brit-pop act Jocasta, is using the "What Love Would Want" video to reinforce sexuality, gender, diversity and racial equality. In A special preview teaser of the video features couples, including famed British actor/comedian Stephen Fry (Black Adder, A Bit of Fry and Laurie, Jeeves and Wooster) and his husband Elliott Spencer, who are straight, gay, lesbian, transgender, mixed race and interracial making displays of affection for the camera.

Chosen to commemorate the date the World Health Organization removed "homosexuality" from its international classification of diseases in 1990, IDAHOT day has been happening around the world since 2005. The event's purpose is to "draw the attention of policymakers, opinion leaders, social movements, the public and the media to the violence and discrimination experienced by LGBTI people internationally."

Arnold will be part of various IDAHOT-related events in Toronto, including singalongs and an early afternoon gathering at Yonge-Dundas Square in the heart of the city.

One of the other areas Arnold, who identifies as straight and takes pride in being the mixed race son of lesbian parentage, is supporting is the United Nations' He For She initiative. Designed to promote gender equality, He For She encourages people from all walks of life from around the world to support gender equality causes. On the He For She website, the organization laid out some of the areas impacted by gender inequality, including education, health, work and politics.

These aren't the only causes the veteran singer has supported. Arnold has also supported a number of organization which help those affected by addiction, including The Angelus Foundation, The Amy Winehouse Foundation and Tara Detox.