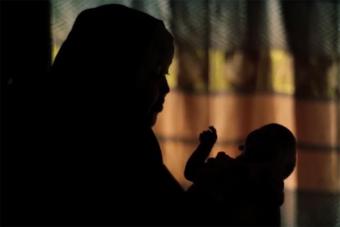 Today (Aug. 19) is World Humanitarian Day, a day the United Nations had dedicated to paying tribute to "all people affected by humanitarian crises and those who lost their lives in humanitarian service."

Designated by the U.N. in 2008, the Aug. 19 date represents the anniversary of when a bombing at the U.N. headquarters in Baghdad killed 22 aid workers in 2003.

According to the World Humanitarian Day website, 130 million people in 37 different countries are facing humanitarian crisis, including 60 million people who've been forced from their homes due to war, famine, or other causes. They estimate the cost of helping these people would be $20 billion.

The Humanitarian Day site also lists off a number of actions a person can take to help ease this crisis. They include:

* Tweet political leaders to commit to action
* Donate to the U.N.'s Emergency Response Fund
* Support the U.N.'s "Agenda For Humanity"

Some of the resolutions from the Agenda For Humanity include: pressuring political leadership to prevent and end conflicts, uphold standards that support humanity, leaving no one behind, changing people's lives for the better and investing in humanity.

On the official World Humanitarian Day site visitors can also take an illuminating quiz that forces the reader to consider the life and death decisions those in crisis face each day. For example, one question asks "Would you rather... a) Drink cholera-contaminated water, or b) cross a minefield to get to clean water?" In another question, the reader's asked "Would you rather... a) Share the last of your water with a severely dehydrated child, or b) Keep it for your own thirsty children?"