TIFF Soirée with Michael Fassbender on Track to Raise $300K 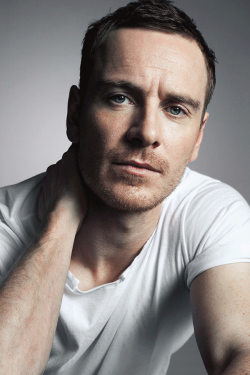 “TIFF Soirée serves two purposes: to create awareness about TIFF as charitable cultural organization and to raise funds so we can continue our charitable activities. Our goal is $300,000-plus,” TIFF’s vice-president of advancement, maxine Bailey (she prefers her first name in lower case), tells Samaritanmag. “We're looking forward to continue growing our member and donor base, as well as the base of film lovers who purchase tickets for our fundraising events to support TIFF.”

The year-round charitable initiatives of TIFF are overshadowed by the world renowned film festival that turns Toronto’s theatre district into its own tinsel town every September (this year from the 8th to 20th), as red carpets get laid out, adoring fans press against barricades and media scramble for sound bites from actors and directors from around the world.

But TIFF actually has numerous outreach programs. Reel Comfort brings free film screenings discussions and workshops to in-patient psychiatric units at five Toronto hospitals and community organizations with a focus on mental health. Pocket Fund works to ensure that no child or youth is turned away from TIFF's educational and cultural programming due to financial circumstance.  And Special Delivery is a program that reaches out to youth in under-served communities and brings film screenings, director discussions, and workshops to community partners across Toronto.

“We're hoping to raise enough funds to continue to grow the impact of our outreach initiatives,” says Bailey.

Ticket sales for the TIFF Soirée  “are great so far,” she says. “Although we haven't sold out — yet, we're happy with our numbers.”

VIP tickets are priced from $750; regular tickets from $350 for the terrace party ($300 for balcony seating). Corporate Hosting packages are also available ($7,500 for VIP and $5,000 for the terrace party). All pricing includes the Fassbender talk followed by a cocktail reception. VIP guests will be treated to a private set by Toronto soul-jazz-pop singer Chloe Charles in Malaparte.

“We're grateful to all of those who are supporting our charitable initiatives by purchasing tickets to the event,” says Bailey. “It's exciting to see how the number of Torontonians with an interest in philanthropy continues to grow.”