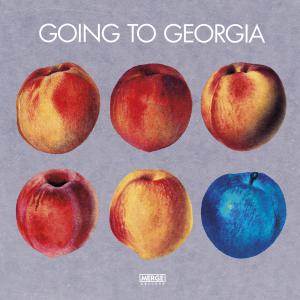 Three compilation albums to benefit Fair Fight, an organization promoting fair elections, have been released through Bandcamp ahead of the Jan. 5 Senate runoff election in Georgia.

The Republican Party has 52 seats in the Senate and the Democratic Party has 46, with two independents caucusing with the Democrats. Two Democrat wins would give both parties 50 seats. Democrat vice-president-elect Kamala Harris, as president of the Senate, would vote to break any ties.

The 2020–21 United States Senate special election in Georgia arose from  the 2019 resignation of a Republican senator who was replaced on an interim basis by Republican Kelly Loeffler. In elections held in the U.S. on Nov. 2, Democrat Raphael Warnock received more votes than Loeffler and other candidates but didn’t receive more than 50 per cent, which is why the two are competing on Jan. 5. Republican senator David Perdue is squaring off against Democrat Jon Ossoff on the same date in a regularly scheduled Georgia Senate election.

“We live in North Carolina, where a racist Republican legislature has worked for a generation to undermine democracy through unprecedented voter suppression,” Merge and Superchunk co-founder Mac McCaughan said in a media release.

“Our neighbors in Georgia have successfully fought back, through the efforts of Fair Fight and other organizations. The voters who turned Georgia blue in November can now elect Raphael Warnock and Jon Ossoff, take back power in the Senate, and make true progress possible in this country.

“The Merge artists on this comp came together quickly, recording in various quarantine situations, to pay tribute to their favorite artists from Georgia, or maybe just record their favorite songs with ‘Georgia’ in the title, and to support those working hard in Georgia to make sure everyone’s voice is heard.”

Going to Georgia is available exclusively via Bandcamp and Merge for U.S.$10 until Jan. 5. All of the proceeds will be donated to Fair Fight and Mijente.

Democratic for the People is a 23-track compilation with 21 covers and original numbers by Micah Schnabel and Bud Bronson & the Good Timers. It includes Georgia-themed contributions from the likes of The Halloween Year (Drive-By Truckers’ “The Company I Keep”), Shane Sweeney (Matthew Sweet’s “Sick of Myself”) and Mount Rejects (The B-52s’ “6060-842”).

“I've always taken it personally when people say ‘blame the South’ referring to national election results,” said Todd Farrell Jr. of Benchmarks (which covered R.E.M.’s “Finest Worksong”) on the compilation’s Bandcamp page, where Democratic for the People sells for U.S.$20.

“From a wide lens, sure, the South looks a locked in sea of red spanning from Texas to the Carolinas. What they don't see are a lot of smaller battles being fought by progressive Southerners being undermined by voter suppression and gerrymandering.

“During those excruciating five days between the election and when the race was called, we watched an incredible thing happen in Georgia. A traditional shoe-in red state turned blue, thanks in large part to the work of Stacy Abrams' grassroots work in Atlanta. The more I learned about their work, the more I realized how important this work is not just for Georgia, but for the whole country.

“This project was born out of a love for the art and culture of my old home state of Georgia, and a need to contribute to the fight happening down there. With the current Senate runoff race happening, the fight down there affects everyone.”

Death Cab For Cutie released The Georgia E.P., which was only available on Dec. 4 on its Bandcamp page. It included new recordings of songs by five Georgia acts: TLC’s “Waterfalls,” Neutral Milk Hotel’s “King of Carrot Flowers Pt. 1,” R.E.M.’s “Fall On Me,” Vic Chesnutt’s “Flirted With You All My Life” and Cat Power’s “Metal Heart.”

All of the proceeds from the sale of The Geogria E.P. were donated to Fair Fight.

Fair Fight was founded by Stacey Abrams, an author, entrepreneur and politician who ran for governor in Georgia in 2018. The organization promotes fair elections in Georgia and around the United States, encourages voter participation in elections, and educates voters about elections and their voting rights. Fair Fight raises awareness about, and advocates for, election reform at all levels.

Mijente was created in 2015 to engage and organize Latinx and Chicanx people in the U.S. at the grassroots level, in electoral fights, through direct action and digitally.

On its web site, Mijente has issued “principles of unity” that includes:

“We are Latinx and Chicanx people that are part of movements for justice and self-determination for all people.

“We are pro-Black, pro-indigena, pro-worker, pro-mujer, pro-Lesbian Gay, Bi, Trans and Queer, pro-migrant because we hold all of those identities, and because our unity against shared oppressions is central to our vision for change. We cannot sustain and thrive in isolation or in movements that exile parts of our community or expect us to hide who we are to participate.

“We are Latinx and Chicanx people who want to see our entire community thrive, brought together by a shared consciousness of the challenges we face and a deep seated need for co-development and kinship across identity, generation, language and place.”