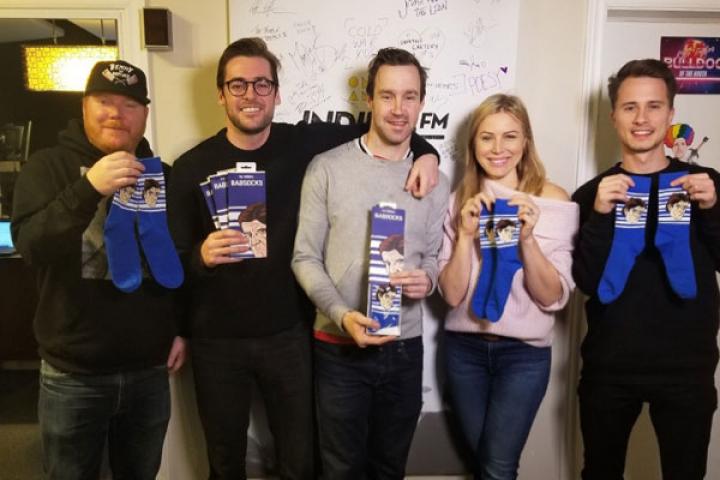 While the debate is still ongoing as to whether the firing of high-profile hockey coach Mike Babcock by the Toronto Maple Leafs was a good thing, one group of people have benefitted from his dismissal — Toronto's homeless.

That's because Major League Socks, the makers of signature socks featuring the likenesses of current and alumni National Hockey League players, will be donating 1,000 pairs of "Babsocks" — socks featuring Babcock's image on them — towards Toronto radio station Indie88's "Socks for the Streets" campaign.

An annual event hosted by Indie 88 radio show host Josie Dye and supported by homeless outreach support organization Socks 4 Souls Canada, the goal of Socks for the Streets is to collect donated socks throughout the month of December and then distribute them to the city's homeless. The annual campaign has been such a success that musical acts frequently challenge each other to donate and drop by the station to make donations.

"Socks for the Streets started a few years ago when we realized that there was a crisis in our city," said Josie Dye, in a statement. "We talk about Toronto being this world class place, yet we have hundreds of people freezing on the streets every year. This campaign is all about addressing that reality and making sure we’re keeping our fellow Torontonians warm."

For Major League Socks it was about turning a negative event into a positive.

"We had an opportunity to make a positive impact in our community," said Jake Mednick, co-founder of Major League Socks. "Our business is all about bringing a smile through socks, so supporting The Josie Dye Show and Socks 4 Souls Canada reach their goal and helping our fellow Torontonians out in the process was a no brainer."

The radio station has created a number of ways for people to participate in the sock drive. The station will be hosting a drop-off event at Toronto's Dufferin Mall on Dec. 13-14, with The Josie Dye Show broadcasting live. Additionally, the station has created a number of donation and auction options, including the opportunity to win Toronto Raptors basketball tickets, get your song played on the radio, receive a special holiday message from the Arkells, or guest host The Josie Dye Show.