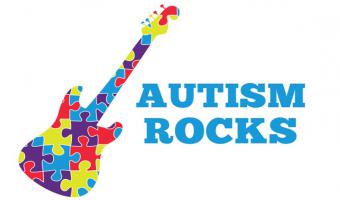 The lineup has been revealed for the third annual Autism Rocks LA concert being held at the Third Street Promenade in Santa Monica, CA on Sept. 16.

The event will feature Dylan Dunlap, who was a breakout act on The Voice talent program, as well as Logan Heroes, Elvis Suissa (frontman for Three Bad Jacks), and Miracle Project Live, featuring Soulshocka.

Alex Lin, the founder of Autism Rocks and non-profit Swag Squad Inc, will host the concert.

The goal of the concert is to raise awareness for autism and, as it says on the Autism Rocks website, "celebrate how awesome it is to be different….Because we are all different in our own unique way." Proceeds from the event will be  directed towards autism-supporting charities. In the past, this has meant funds for things like The Miracle Project, a fully inclusive theatre, film, and expressive arts program for children, teens, and adults with autism and all abilities.

"I am a 19 year-old kid with mild Asperger's Syndrome," said Lin, in a statement. "I started this concert with one mission in mind: to spread awareness and educate others on the topic of autism. Growing up as a person with Asperger’s, I felt like no one understood or supported me, so I wanted to create an event that would educate others and showcase the talents of people with autism, and illustrate that people on the spectrum are as talented and valuable as anyone else.

"Additionally, I started this concert as a way to honor my grandmother Grace’s legacy. She always loved and understood me unconditionally, even though I was considered different to everyone else. So I wanted to make sure that my grandmother's unconditional love would be given to the rest of the autism community, because they also deserve every inch of the love my late grandmother gave to me."

Previous editions of the concert have included the likes of American Idol’s James Durbin, Adanna Duru, and YouTube personality Travis Atreo. Additionally, pop star Shawn Mendes and NBA player Blake Griffin have supported the event in the past.