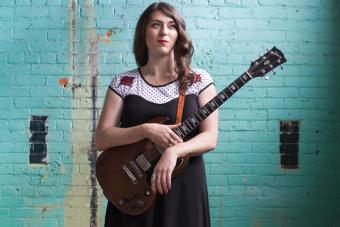 Canadian musicians Terra Lightfoot, Lindi Ortega and Begonia are teaming up for an Ontario tour in February that will benefit multiple organizations.

Titled the Longest Road Show, the tour will hit Kitchener, Ottawa, Hamilton, London and Toronto between Feb. 5 and Feb. 9. Proceeds from the tour will support Women in Music Canada, MusiCounts, YWCA Canada, and Girls Rock Camp.

Established in 2012, Women in Music Canada is "is dedicated to fostering gender equality in the music industry through the support and advancement of women." The organization facilitates networking events, workshops, showcases and mentorships.

MusiCounts, the charity arm of the Canadian Academy of Recording Arts and Sciences (CARAS) which puts on the Juno Awards, has a mission to "ensure that children in Canada, regardless of socio-economic circumstances and cultural background, have access to music programs through their schools and communities." Some of their initiatives include the Band Aid Program, which provides needed equipment and instruments to schools and MusiCounts Teacher of the Year Award, an award that presents a $10,000 cheque to the school of one excellent music teacher each year.

The YWCA operates in 300 communities across Canada and supports more than 330,000 women and girls with their many programs. Some areas where the YWCA is include ending gender-based violence through their Rose Program, combating poverty, providing childcare support, and ending women and children's homelessness.

The Girls Rock Camp Alliance is an international movement of youth-centered arts and social justice organizations. Girls Rock Camps let participants to learn from professional musicians to do things like learn instruments, write songs and perform on stage.

The marquee trio of Lightfoot, Ortega and Begonia are well-thought of in Canadian music circles. Both Lightfoot and Ortega have received Juno Award and Polaris Music Prize nominations for their work, while Begonia (Alexa Dirks) was one of NPR's Artists You Need To Know in 2017.

Lightfoot, who organized the tour, said the idea for it came to her as a vision.

"About a year ago, I had a vision," Lightfoot wrote on her site. "I wanted to put together a yearly tour that would feature artists I love backed up by a house band of players that I have always wanted to see in a band together. A few months ago, that dream became a reality.

"I’ve handpicked the artists (the fierce and funny Begonia and the golden-voiced Lindi Ortega), as well as the house band, which is an impressive cast of the country’s best players (Anna Ruddick, Michelle Josef, Kelsey McNulty). Each night we’ll put on a collaborative show for you, sing songs to make you weep, dance, think, laugh, and we’ll even have special guests in each city to join us for a few songs. This tour will be so beautifully different from what I have always done — it’s just a short window of time that we’ll be on the road together, but we’re going to make the best of it. I want this to be the greatest tour ever. And I want you to be there."

The Longest Roadshow will feature a number of high-profile guests on various dates. Kathleen Edwards will appear in Ottawa, Hannah Georgas in London, and Melissa McClelland, Weaves' Jasmyn Burke and Shakura S'Aida in Toronto.