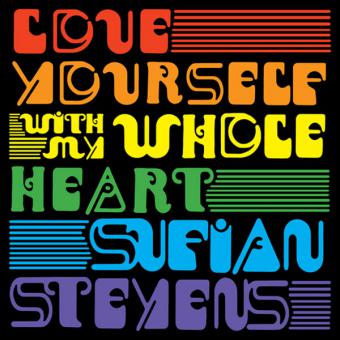 To celebrate Pride Month indie musician Sufjan Stevens has released two new songs "Love Yourself" and "With My Whole Heart." Partial proceeds from the songs will go to support two LGBTQ homeless shelters — the Ali Forney Center in Harlem, NY and the Ruth Ellis Center in Detroit, MI.

Started in 2002, the Ali Forney Center was started by Carl Siciliano to honour Ali Forney, a homeless gender non-conforming teen who was murdered on a Harlem street when they were 15. Now one of the largest support organizations for homeless LGBTQ youth in America, the Ali Forney Center estimates it aids 1,400 youths per year through a 24-hour Drop-In Center, providing over 70,000 meals annually, as well as medical and mental health services.

Named after Ruth Ellis, a prominent Detroit-area lesbian who came out in 1915 and who spent much of her life providing shelter and support for people in need, the Ruth Ellis Center provides short and long-term residential safe space and support services for runaway, homeless and at-risk lesbian, gay, bi-attractional, transgender, and questioning youth.

Stevens will also be releasing as a limited-edition 7” vinyl on June 28 featuring "With My Whole Heart" as well as three different versions of "Love Yourself." "Love Yourself" was originally written in 1996, while "With My Whole Heart" is a new composition created by Stevens challenging himself to “write an upbeat and sincere love song without conflict, anxiety or self-deprecation." Additionally, Stevens has designed a Pride-themed t-shirt which is also available for sale.

An indie folk musician whose first album came out in 2000, Stevens broke out in 2005 with the concept album Illinois and its signature song "Chicago."

Listen to Sufjan Stevens' " Love Yourself"