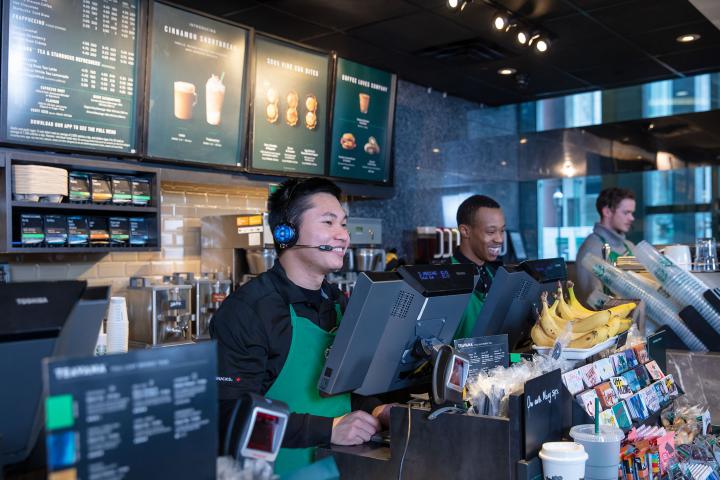 With food waste amid prevailing hunger a problem for Canadians, Starbucks has launched a food rescue initiative, FoodShare, to eventually be rolled out to around 1100 stores nationwide.

Rather than see unsold food be tipped into the garbage each evening, the coffee retailer has launched a national effort to offer nourishing, ready-to-eat meals to people in need.

The initiative to combat hunger with unsold food items directed to the homeless is being done in partnership with Toronto-based food rescue non-profit Second Harvest.

“We’re thrilled to partner with Starbucks to support food recovery in local neighbourhoods to ensure people have the food they need to be healthy while also making a positive impact on the environment,” says Lori Nikkel, CEO of Second Harvest.

Her organization, a veteran of surplus food rescue and delivery, employs 10 trucks and one van to transport fresh, yet perishable food to those in need, to be reached via over 373 social service agencies, including food banks and homeless shelters.

"Everything we deliver is perfectly good food that has been donated because it is close to its best before dates and likely won’t sell, overstock, mislabeled, discounted or has damaged packaging," Second Harvest says on its website.

“We all have a part to play in reducing the social and environmental costs of food waste and it’s great to see Starbucks taking a leadership role," Nikkel adds in her own statement.

Starbucks' food share program launched in Ontario the third week of February, starting with more than 250 stores in the greater Toronto region, with an initial 390,000 meals to be donated annually to local charities.

Starbucks intends by 2021 to have all around 1100 stores in all participating in food share, with the goal to create over 1.5 million means for donation each year.

“Wasted food is a wide-scale problem for everyone in the food business, while more than 4 million Canadians are impacted by hunger," Luisa Girotto, vice president, public affairs Starbucks Canada said in a statement. "This is unacceptable, and we will help solve this now that we have a way to safely donate chilled, perishable food, while preserving its quality."

Starbucks estimates that one in eight Canadians is “impacted” by hunger in some way.

It also claims around 35.5 million metric tonnes of food, or 58 percent of all food produced in Canada, is wasted, as it cites a recent study entitled The Avoidable Crisis Of Food Waste.

The United Nations has set a target of cutting in half food loss and waste by 2030 to minimize the impact on the global environment.

Starbucks has a similar food share program in operation south of the border, which it launched in 2016. The U.S. initiative is done in partnership with Feeding America.

Feeding America says it has offered over 10 million meals to people in need across the country.

Starbucks in Canada says it has already donated unsold pastries and baked goods, but now aims to do more.

That has seen Starbucks innovating to ensure it can safely donate chilled and perishable food to those in need, without risking illness.

Starbucks employees will be trained to ensure food they rescue for the homeless retains its temperature and texture for safe consumption.

Other environmentally friendly efforts at Starbucks includes introducing a strawless lid and aimed to end the use of plastic straws globally by 2020.