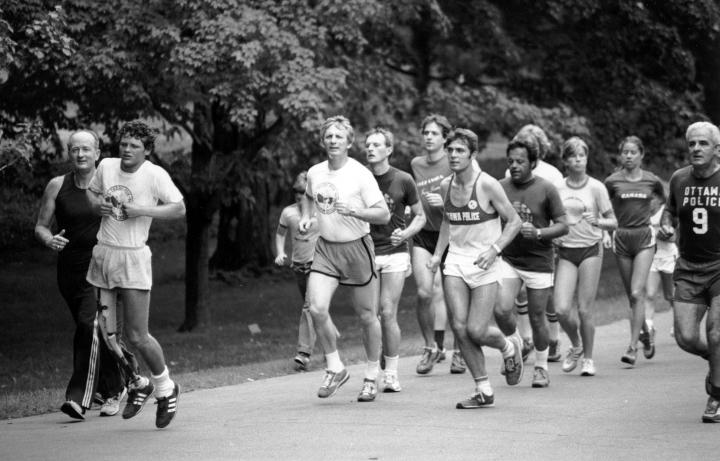 A one-hour CBC TV and online special, Terry Fox: The Power of One, will air on Monday, Aug. 9, featuring an array of noted Canadians such as Sidney Crosby, Catherine O’Hara, Darryl Sittler, and Prime Minister Trudeau, plus performances from Alessia Cara, Tom Cochrane and William Prince.  Members of Fox’s family will also share personal memories.

The show, produced by Insight, will raise money for innovative cancer research, including Marathon of Hope Cancer Centres Network, an initiative led by The Terry Fox Research Institute and The Terry Fox Foundation that unites Canadian cancer centres to accelerate the implementation of precision medicine (also called personal medicine), which tests a person’s DNA to determine more specialized treatment or risk.

As a young man, Fox, a champion athlete whose right leg was amputated in 1977 after a diagnosis of osteosarcoma (bone cancer), embarked on The Marathon of Hope in 1980 to raise awareness and money for cancer research.  His journey ended after 143 days and 5,373 kilometres when the cancer spread. He died nine months later at age 22.

The first Marathon of Hope in his memory was held in 1981, and, to date, has reportedly raised close to $850 million. Events have also been held in more than 60 countries.

"Terry Fox embodied and exemplified the Canadian spirit and remains a powerful example and force for good," said PM Trudeau in a statement. "His legacy continues to inspire millions of Canadians and our government is proud to support the Marathon of Hope Cancer Centres Network, which will benefit every Canadian affected by cancer."

Marathon of Hope Cancer Centres Network launched in 2017 as three pilot projects. “Its goal is to accelerate the adoption of precision medicine for cancer through the creation of a pan-Canadian network of designated cancer centres,” it says on the web site. “This network represents a powerful collaborative platform that will embed research in the cancer clinic, uniting the top-tier cancer researchers and clinicians in Canada and allowing them to share their data and apply exciting new technologies such as artificial intelligence to deliver the best outcomes for each cancer patient in Canada, no matter where they are."

"This is a fantastic opportunity to share Terry's story in an exciting way that will encourage Canadians across the country to once again come together and cheer for Terry, honour his legacy, and support his dream to cure cancer," said Michael Mazza, executive director of The Terry Fox Foundation, in a statement. "With one in two Canadians expected to battle cancer in their lifetime, the need for research has never been more urgent."

Added CBC's Sally Catto, general manager, entertainment, factual & sports, “CBC is proud to help further Terry’s enduring vision and legacy by bringing this broadcast event to audiences in Canada and around the world. We hope this special hour of stories and performances will encourage and inspire Canadians.”