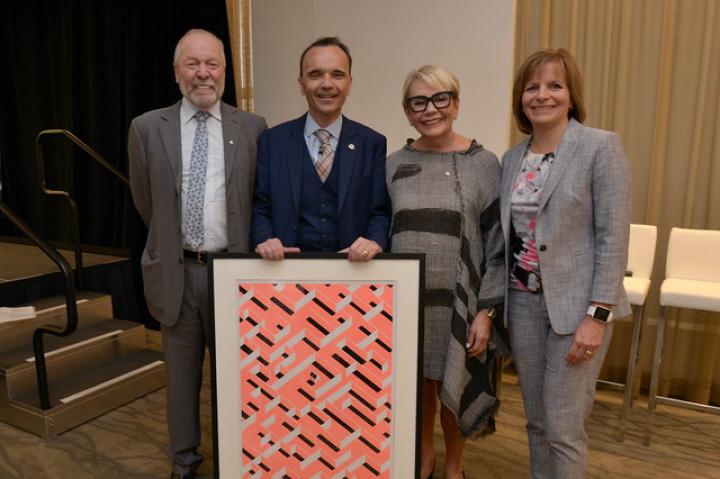 The Slaight Family Foundation has donated $15 million to the United Way Greater Toronto to aid the fastest growing age population in Ontario — seniors, whose numbers are expected to double by 2041.  The sum is largest individual gift in the United Way's history.

Announced at Scotia Plaza today (June 26) during the United Way’s AGM, The Allan Slaight Seniors Fund — named after the family patriarch who long supported the United Way and volunteered for nine years with the Board of Directors, starting in 1979 — will be administered over six years.

“The Allan Slaight Seniors Fund will connect vulnerable seniors with community support to help them remain in their own homes and continue to be vital, active participants in our neighbourhoods,” the press release states. “A first of its kind, the fund bridges the gap between the healthcare system and families by connecting seniors to United Way’s network of community agencies.”

The United Way, which aims to improves the lives “for everyone in our communities,” is a federated network of over 80 local United Way Centraide offices serving more than 5,000 communities across Canada, each registered as its own non-profit organization and governed by an independent volunteer-led local Board of Directors.

Daniele Zanotti, president and CEO, United Way Greater Toronto, explained onstage that “Many seniors get by on low income, fixed pensions, and cannot afford the services they need to survive. And whether that barrier is language, physical disability, or just lack of a program in their neighborhood, we need to address, in a new way, this unignorable issue. That's why today's announcement is so important.

“[It's] a gift that will connect vulnerable seniors with community support to help them remain and enjoy a good quality of life in their own neighborhood —  a first of its kind that will build broader collaboratives, bridging the gap between the healthcare system and families and this United Way network of agencies, 270-plus strong across the Greater Toronto area.”

Beth Wilson, the CEO of law firm Dentons and the 2019 United Way Greater Toronto campaign chair, then added, “This gift is truly a testament to the fact that the work and the energy behind the scenes of the United Way to make sure that we have the capacity and the funding that our network of agencies needs is year-round, always on, 365 days a year, not just in September when we launch our employee giving campaigns.”

Gary Slaight, who was in attendance with step-mother Emmanuelle Gattuso, didn’t take the podium, but gave this statement for the press release: “More than anything, this gift honours my dad. His commitment to United Way’s mission to create opportunities and connection for everyone has always been important to our family. We think there is much more to be to be done to take care of the elderly in Toronto and we believe that the solution starts with community.”

United Way funds a network of organizations and programs in communities, many working with seniors. This $15 million will expand those programs and help create new ones in the Greater Toronto Area.