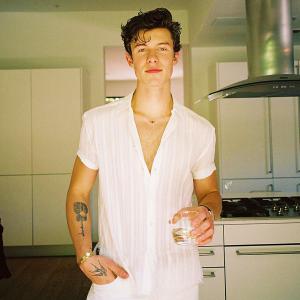 Canadian global pop star Shawn Mendes has launched a charitable foundation with $1 million in funds and partnerships, with Toronto’s Hospital for Sick Children (SickKids) and the environmental nonprofit Reverb as its first two main beneficiaries.

“For a long time, I’ve wanted to find a way to amplify the causes that my fans and I care deeply about, and to help make the voices of our generation heard. My goal in launching the foundation is to work alongside my fans, and do everything I can to help provide them with a platform that inspires positive change, and empowers young change-makers," Mendes said in a statement.

The launch of The Shawn Mendes Foundation coincides with his upcoming Sept. 6 concert in Toronto, near to where he grew up in Pickering, Ontario, from which $1 from each ticket sold will go to SickKids and some proceeds from current commercial campaigns with Tim Hortons and Roots will also go towards his foundation and the SickKids Charitable Giving Fund.   Mendes is playing Rogers Centre, a stadium, and the biggest headline show he’s played to date.  He is currently supporting his third and 2018 self-titled album.

SickKids is a health-care facility that offers clinical and surgical care for children, while the hospital's Foundation Grant program also supports the search for innovative and high-impact research programs. SickKids is half-way through a $1.3 billion campaign to build a new hospital on University Avenue and a patient support centre behind it.

Mendes on his current world tour has also been partnering with Reverb to reduce his tour’s environmental carbon footprint, whether at concert venues or moving between them, and to encourage fans to support environmental causes.

Founded by Guster’s Adam Gardner and his wife Lauren Sullivan, Reverb helps performers like Mendes use biodiesel for vehicles and generators, use recycling bins at venues and offer concert-goers water for refillable jugs to reduce bottled water use. Other artists Reverb has supported on tour are Dave Matthews Band, Maroon 5, Harry Styles and Pink.

Reverb's greening work is supported by Flow Alkaline Spring Water, in which Mendes is an investor.

Mendes foundation will continue partnering with the singer/songwriter's existing charitable causes across North America, including Pencils of Promise, WE Day, March For Our Lives, DoSomething.org and the American Red Cross.

For example, Mendes and DoSomething.org launched Notes From Shawn,  an initiative where young people sent uplifting messages to strangers in person and online to support better mental health.

Mendes has also offered some proceeds from record sales to March For Our Lives is a nationwide protest movement against gun violence and in support of the #NeverAgain movement.

And the pop singer has partnered with Pencils of Promise to support rural communities in Ghana by offering students access to quality education, including buildig two schools.

And Mendel backed The Mexico Earthquake Relief Fund with The Red Cross of America by donating $100,000 to the cause.