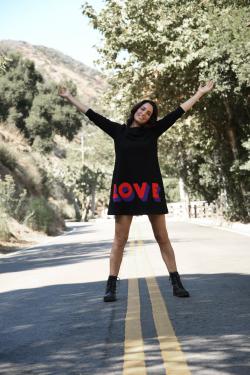 Serena Ryder and Chantal Kreviazuk are among the artists who are showing their support for the land defenders of the unceded Wet’suwet’en territory by performing at We Are The Stronghold: A Call To Action for Music, Ceremony & Celebration on Feb. 27 at the Great Hall, in Tkaronto (the original Iroquois word from which Toronto is derived).

The concert, an initiative of the International Indigenous Music Summit, is part of a multi-location benefit concert series: Yellowknife, NWT at Museum Cafe,  and Vancouver BC, both also on Feb. 27; Smithers BC on March 6; Prince George, BC on March 7.  Check here for lineup and ticket information.

Tickets for the Tkaronto show range from $10 to $50, a pay-what-you-can model. The goal is $15,000. Proceeds will go towards the RAVEN (Respecting Aboriginal Values and Environmental Needs) Trust, a Wet’suwet’en legal defence fund for use most recently by hereditary chiefs opposing the Coastal GasLink pipeline encroaching on their traditional lands in northern British Columbia.

"We are very proud to be a part of an amazing network of artists and creatives around the globe who are answering the call for peaceful and respectful action,” said ShoShona Kish, International Indigenous Music Summit and We Are The Stronghold organizer, in a press statement. “This is the movement of our time.

"Our collective response to the critical issues of Indigenous rights, climate change, and the growing political and social divisiveness, will be our legacy. We stand in solidarity with Wet’suwet’en and raise our voices for the land, the water, and past, present and future generations.”

"Wet’suwet’en Nation have been stewarding and protecting their traditional territories since time immemorial. Now, they are defending the land, air and water from Coastal GasLink’s (CGL) liquefied natural gas (LNG) pipeline. The Hereditary Chiefs of all Wet’suwet’en clans, acting in unity, have launched legal action to defend their rights and title from unwanted industrial activity, and to hold the governments of Canada accountable to climate commitments," the We Are the Stronghold event organizers said on their website.

The legal defense fund RAVEN has been used elsewhere to attempt to stop other pipelines and tankers, as with the Coastal GasLink pipeline project. And it has been used to oppose open pit mining, protect wilderness spaces in Canada's north, and to assert land rights after environmental damage, as with the Heiltsuk Nation looking to establish title to the seabed and shoreline after the Nathan E. Stewart spill.

"Raven (Trust) raises legal defence funds to assist indigenous peoples who enforce their rights and title to protect their traditional territories. Through our public education programs, Raven collaborates with indigenous peoples to eliminate environmental racism and foster a greater understanding of indigenous rights and governance," the non-profit says on its website.