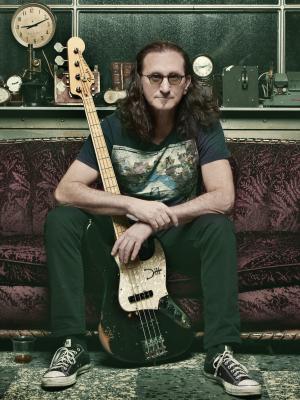 Rush singer/bassist Geddy Lee, who had been twice honoured for major humanitarian awards by the Canadian music industry alongside his bandmates, will accept a solo Lifetime Achievement Award this Saturday (Sept. 11) for his philanthropy at the Artists for Peace and Justice (APJ) gala in Toronto.

Held annually during the Toronto International Film Festival (TIFF) — this year outdoors at a private residence with safety protocols in place — the exclusive affair has raised more than $33 million to help provide access to education for the impoverished youth in Haiti, including the building of a free high school on a seven-acre campus in Port-au-Prince.

Lee, Alex Lifeson (guitarist) and the late Neil Peart (drums), who together as Rush sold more than 40 million albums, performed for countless causes over their 40 years from disaster relief to cancer to hunger to the environment.

All three members were awarded the Officer of the Order of Canada in 1996. “…these veterans of the stage have raised over a million dollars for charities such as food banks and the United Way. Their efforts have enhanced an awareness of the plight faced by society's less fortunate, inspiring and awakening the social consciousness of an entire generation,” it states. "Musicians far and wide have been influenced by the band's accomplishments, a testament to their contribution to popular music."

This year’s APJ gala, hosted by NKPR, founded and led by Natasha Koifman, will combine in-person and virtual experiences. Co-chaired by Koifman (Canadian board chair and US board of directors) and Zoomer Magazine editor-in-chief and publisher Suzanne Boyd (Canadian board of directors and), the evening will look back on APJ’s accomplishments and “unwavering commitment to the people of Haiti while highlighting the incredible individuals that have been instrumental in the organization’s impact.”

In addition to Lee, Murdoch Mysteries lead Yannick Bisson and wife Shantelle will receive the Canadian Changemaker Award for their philanthropic work for Childhood Cancer Canada, Sheila’s Place, Boost for Kids, and others.

“With recent news bringing further devastation and despair, it is clear that Haiti needs our support now more than ever,” said Koifman in a statement. “Artists for Peace and Justice have consistently ensured that the children that attend the Academy for Peace and Justice in Haiti are supported in receiving a fulfilling education, and I am so incredibly grateful for our APJ community which has allowed us to continue this important mission.”

The evening will be emceed by radio personality George Stroumboulopoulos, the 2020 Canadian Changemaker Award recipient and a member of the Canadian board of directors, alongside media host Natasha Gargiulo. There will be live performances by Haitian artist Paul Beaubrun,and Kayla Diamond of Slaight Music, a virtual one by Rick Springfield, and video messages from Ben Stiller, Susan Sarandon, and Madeleine Stowe, among others.