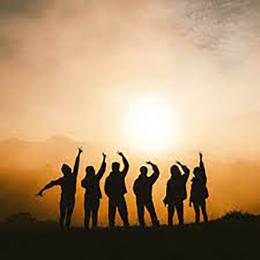 The early bird catches the worm, the old saying goes. But with the Centre for Addiction and Mental Health’s Sunrise Challenge, rising early can also raise money for an important cause and present an opportunity to win a return flight to anywhere Air Canada flies in North America.

The Sunrise Challenge invites Canadians to wake up with the sun from May 31 to June 6 to raise money to support CAMH’s mental health research and suicide prevention initiatives. According to CAMH, more than 800,000 people commit suicide each year globally, and 11 each day in Canada. Worldwide, there are 450 million people living with mental illness, and 1 in 5 Canadians will experience mental illess in a given year.

"As a world-leader in mental health research, we created the Sunrise Challenge to raise vital funds that will fuel new discoveries and break down the barriers that keep people from getting help when they need it most," it states on the web site. "We rise for those who’ve been affected by mental illness, for those who’ve lost their lives or a loved one to suicide, and to show those currently struggling that they don’t have to go through this alone—that they matter, that help is out there, and that people care about them.

Participants register online here and then collect donations for the challenge, which involves sharing a photo of a sunrise moment on social media using the hash tag #CAMHSunriseChallenge every day of the designated week to show followers that the task was completed.

CAMH will host a virtual sunrise experience for fundraisers and donors to come together and celebrate the sunrise together while doing something positive for their mental health during each day of the challenge.

Participants who raise $300 or more by June 3 will be automatically entered into a draw to win two economy class return tickets for travel to any Air Canada destination in North America from July 1, 2021 to June 30, 2022. The winner will be announced during the Sunrise Challenge closing ceremonies on June 6.

Eleven people die by suicide every day in Canada and 800,000 lives are lost to it around the world on an annual basis. The Sunrise Challenge was created to raise funds to fuel new discoveries and break down the barriers that keep people from getting help when they need it most.

CAMH’s research informs public policy and transforms perspectives on mental illness and suicide around the world. Its scientists are finding new ways to treat, diagnose and prevent mental illness.

By examining how mental illness and suicidal ideation affect individuals as well as populations, CAMH is working toward a model of personalized care to provide patients with more compassionate and effective treatment.