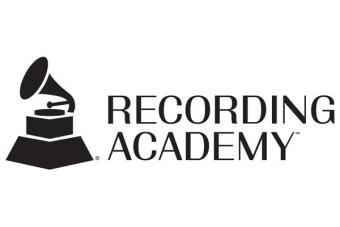 The Recording Academy in America has launched a new membership model that focuses on community and peer-review for new and more diverse voices.

Under pressure to diversify its membership, the governing body of the Grammys said the new member submission process aims "to build a more representative and relevant membership body," in a statement.

The Recording Academy will also move from an annual cycle for new membership to a rolling cycle, and one where applicants must show two industry recommendations to emphasize greater community and reflect the wider music industry culture.

New applicants will also undergo a peer review as a further measure to remove biases and barriers to potential new members of diverse communities.

"With an aim to monitor the Recording Academy's progress toward building a more vibrant membership base, a peer review panel of music creators will convene each spring to evaluate all new member submissions and will consider a range of criteria — including craft, genre, and overall diversity — in determining whom to invite into the Recording Academy," the organization said.

The peer-driven focus on membership is seen as an extension of an organization that holds the Grammy Awards, where artists and the industry already vote to honor their peers.

"Membership is the lifeblood of the Recording Academy and a privilege we strive to uphold. Our new membership model puts the power in the hands of the music community and is designed to build an active, representative membership base that reflects our broader culture," said Laura Segura Mueller, vice-president of membership and industry relations.

Besides the annual Grammy Awards, the organization also has a Grammy Museum, and MusiCares, its official charitable arm.

Amid the Time's Up campaign, a movement launched to eliminate sexual harassment in the entertainment industry, the Recording Academy earlier launched a 16-member task force on diversity and female inclusion, which was followed up by inviting 900 music creators specifically focusing on women, people of colour and younger people.

Those moves to drive diversity followed Recording Academy president and CEO Neil Portnow at the Grammy Awards causing controversy by calling for women to “step up” if they wanted to be executives in the music industry.