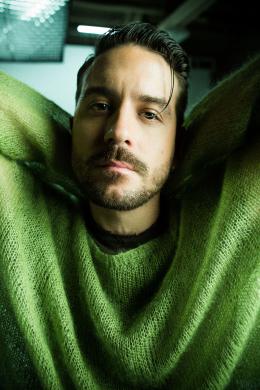 Rapper G-Eazy showed his support of black rights and desire to end police violence by donating all of the profits from the June merchandise sales on his website to My Brother’s Keeper Alliance, Campaign Zero and Color of Change.

Former United States president Barack Obama launched My Brother’s Keeper in February 2014 to address persistent opportunity gaps facing boys and young men of colour, and to ensure all youth can reach their full potential. MBK Alliance was launched in 2015 to scale and sustain the mission. It became an initiative of the Obama Foundation in late 2017.

Campaign Zero is a project of an American non-profit organization called We The Protesters that’s focused on ending racism and police violence in the U.S.

Color of Change is the largest online racial justice organization in the U.S. The non-profit civil rights advocacy organization was formed in 2005 in the aftermath of Hurricane Katrina in order to use online resources to strengthen the political voice of African Americans.

G-Eazy is also donating 20,000 masks to help prevent the spread of COVID-19 in partnership with avatar company Genies and clothing manufacturer Bella+Canvas. Three-quarters of them will go to people on the front lines of the Black Lives Matter protests, while the remainder will be given to essential workers battling COVID-19.

Ride-sharing service Lyft has also partnered with G-Eazy through its LyftUp initiative — which claims to make sure everyone has access to affordable, reliable transportation to get where they need to go no matter their age, income, zip or postal code — to deliver the masks.

G-Eazy also supports the Black Music Action Coalition (BMAC), which was started by his manager Jamil Davis and other music industry executives. The coalition consists of artists, producers, songwriters, managers, business managers, attorneys and other industry professionals who are concerned about systemic racism in society at large and within the music business.

BMAC was created to address: long-standing racial inequities in the business; the financial impact of those inequities for both black artists and executives; and ways it can work with people to solve these problems. BMAC also supports groups and programs committed to progressing the equality of black lives around the U.S.

G-Eazy released a new version of his 2017 song, “Love Is Gone,” featuring Drew Love and a new verse from rapper JAHMED, earlier in June. The track continues to be more relevant than ever, with verses that evoke images of American discord, racism and police brutality.

The Oakland, Calif. rapper and producer released a 10-song album titled Everything’s Strange Here, which was mostly recorded while he was in quarantine and veers away from the sound he’s known for, on June 26. It includes original songs as well as covers of Beck’s “Everybody’s Gotta Learn Sometime” and David Bowie’s “Lazarus.”

The multi-platinum-selling artist continues to work on his next album, These Things Happen Too.