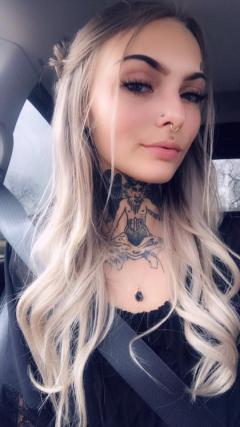 Catherine "Daisy" Coleman, a rape survivor whose story was told in the 2016 Netflix documentary Audrie & Daisy, and co-founder of the comprehensive SafeBAE (Safe Before Anyone Else) focusing on ending sexual assault among middle and high school students, has died by suicide at age 23. Audrie Taylor Pott took her own life in 2012 at age 15.

Their deaths underscore the deep wounds and seemingly insurmountable trauma from sexual assault.

Her mother Melinda Coleman confirmed Daisy's death on Facebook on Aug. 4, writing,  "My daughter Catherine Daisy Coleman committed suicide tonight. If you saw crazy / messages and posts it was because I called the police to check on her. She was my best friend and amazing daughter. I think she had to make make it seem like I could live without her. I can’t. I wish I could have taken the pain from her! She never recovered from what those boys did to her and it’s just not fair. My baby girl is gone."

While filming the 2016 Netflix documentary that tackles sexual assault in an age of cyber bullying, Daisy co-founded SafeBAE with fellow survivors Jada Smith and Ella Fairon, as well as her brother Charlie Coleman.

SafeBAE on its website describes itself as "survivor-founded, student-led national organization." To do that, SafeBAE focuses on prevention and education to raise awareness about dating violence, sexual harassment and assault, affirmative consent and urging bystanders to intervene when they see trouble. "And we will always support survivors, their loved ones and their schools," SafeBAE says on its website.

Allowing survivors to share their stories, while educating other young people, follows the journey of discovery for Coleman, who was allegedly sexually assaulted in 2012 at age 14 years, and then shamed and bullied afterwards while living in Maryville, Missouri.

Her alleged rapist, an older high school football player, Matthew Barnett, pleaded guilty in 2013 to a misdemeanor charge of child endangerment after a sexual assault charge was dropped. He was given two years of probation.

"We demand an immediate investigation into the handling by local authorities of Daisy's case. We have heard Daisy's story far too often. We heard it from Steubenville, Halifax and Uttar Pradesh. ... If Maryville won't defend these young girls, if the police are too cowardly or corrupt to do their jobs, if justice system has abandoned them, then we will have to stand for them," Anonymous warned.

Coleman urged others to speak up for sexual assault survivors in Audrie & Daisy, where she told the filmmakers: "Since my friends didn’t stand up for me, I urge other people to speak out because you can’t ignore an army of voices, and I would like to see people stand up for others who have been assaulted because the words of our enemies aren’t as awful as the silence of our friends." 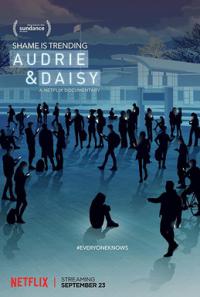 The aim of SafeBAE is to prevent what happened to Coleman and her fellow survivors by campaigning for social change at the grass roots.

"We believe in supporting and enhancing existing prevention educational content that is available to teachers and grass roots agencies, while also empowering students not to wait for the adults in their lives to begin educating themselves and their peers. We are survivors and activists, experts and educators, who believe that each person can and should make a difference by challenging their communities to do better, to be conscious consumers of media, and to look at how we can improve the cultural norms that have set the stage for sexual violence to take root," SafeBAE says in its 2019 annual report.

"By merely breaking down the concepts of consent, bystander intervention/distraction, how to support survivors, and the things which contribute to rape culture, we are able to shape the perspectives and practices of children BEFORE media becomes their primary educator. Changing the way younger teens view all of these concepts will have a ripple effect well into their adulthood. SafeBAE’s intentions are clear: creating aware and empowered young students – regardless of their gender, race, class, age, religion, sexual orientation, gender expression, ability, or circumstance – changes the future for us all," the advocacy group continues.