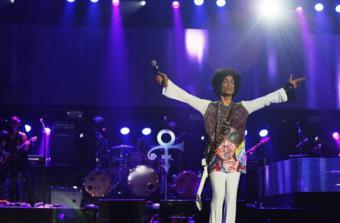 When musician Prince died suddenly on April 21 it not only left a giant purple-coloured hole in the hearts of music fans worldwide, the impact was also felt at #YesWeCode, where the page now has a "thank you" section to him.

An initiative to get 100,000 low income/low opportunity young adults from across America involved in the tech community, #YesWeCode focuses on teaching youth — often young black males — to become excellent computer coders, and therefore get them access to good, high paying jobs.

Van Jones, a former White House advisor, CNN contributor and president of Rebuild The Dream, founded #YesWeCode.  In an interview with CNN's Don Lemon, Jones talked about his friend's philanthropic efforts and how Prince personally helped him achieve his next career move after leaving the White House and inspiring #YesWeCode.

"He had me come to his house," said Jones. "He sat me down and I was just feeling so low. And he looked at me and he said 'Why you so sad?' I said, 'Because I had this great job, I was working in the White House, I was doing good things...' He said, 'You're gonna do good things again.'

"He said, 'Let me tell you what you're gonna do now.' He said, 'Go to Jerusalem, stay there for two weeks and pray. And then when you come back, sit down and give me a blank piece of paper, write on it everything that you want to do that you think will help the community and I will help you do it.' So I went from working for a president to working with Prince."

#YesWeCode didn't come into the world subtly. The program was launched in July at New Orleans' ESSENCE Music Festival which featured a headlining performance by Prince for half-a-million people. Since then #YesWeCode's initiatives have included hosting a Start-Up Weekend hackathon in February 2015, as well as launching Bay Area Codes, a resource site to connect area youth with local tech opportunities.

Another #YesWeCode initiative is the Coding Corps, which teaches people to become web and mobile app developers. Open to 18-30 year-olds who identify as members of underrepresented ethnic groups in tech (e.g., African American, Latino/a, Native American), through a combination of training and apprenticeship, the program's goal is to make people "industry-ready and work in the tech industry in under a year." Starting salaries for jobs in these fields are $57,000-90,000 US ($71,900-$122,355 Cdn).

Future #YesWeCode initiatives include #YesWeCode Day Of Discovery, where young adults will be able to take software developer aptitude tests to determine if this might be a good field for them, as well as a hosting a National Convening of Community Colleges as an "opportunity to reach untapped talent in communities of color."

At the #YesWeCode site they haven't forgotten Prince's contribution to it all. On the website there's now a whole page dedicated to the singer titled "Thank You Prince."

"#YesWeCode would like to honor Prince and thank him for his inspired vision for #YesWeCode," read a statement on the page. "Prince’s commitment to ensuring young people of color have a voice in the tech sector continues to impact the lives of future visionaries creating the tech of tomorrow."

Jones said some of the "Purple Rain" and "1999" singer's other humanitarian efforts included booking concerts in cities like Chicago, Baltimore and New Orleans that were actually "cover" for him to do community outreach on anti-violence campaigns. Jones also said Prince would do things like mentor emerging artists and that "there are people who have solar panels on their houses right now in Oakland, California, that they don't know Prince paid for them."

Watch a video explaining what #YesWeCode is