Paul Simon Plans to Do Charity Shows After Farewell Tour 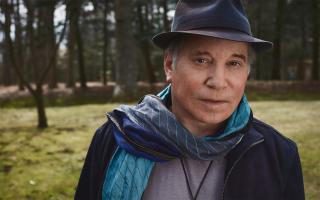 Paul Simon who begins his Homeward Bound – The Farewell Tour in Vancouver in mid-May, plans to follow it up with “the occasional” concert in a hall and “donate those earnings to various philanthropic organizations, particularly those whose objective is to save the planet, ecologically,” he wrote in a statement posted on his social media today (Feb. 5).

The 76-year-old Rock ‘n’ Roll Hall of Fame inductee, whose 60-year career has included 13 studio albums, plus five studio albums as half of Simon & Garfunkel, with worldwide sales of more than a million units, has long been involved with charity work, raising millions of dollars for causes as varied as Autism Speaks, The Nature Conservancy, Tibet House and the E.O. Wilson Biodiversity Foundation’s Half-Earth Project.

Wilson's Half-Earth Project "proposes an achievable plan to save our imperiled biosphere: devote half the surface of the Earth to nature," it states on the web site. The goal, like its name implies, is to save half the earth for the rest of life."

Simon has also been intergral to providing healthcare to underprivileged and disadvantaged communities in the U.S.

In 1987, "after touring the Martinique Hotel, a shelter for homeless families in New York City, and witnessing the conditions under which homeless children lived," the New Jersey-born, New York-raised musician co-founded the Children’s Health Fund (CHF) with Dr. Irwin Redlener, which donates and staffs 53 mobile medical units that bring health care to low-income children and their families in the U.S. Since its inception, CHF has provided more than 3 million doctor/patient visits.

Simon, recipient of 16 Grammy Awards, such as album of the year three times, for Bridge over Troubled Water, Still Crazy after All These Years, and Graceland, and the 2002 Grammy Lifetime Achievement Award honouree, starts his farewell tour at Vancouver’s Rogers Arena on May 16, and continues through June in North America, then to the UK and Europe June 30 to July 15.

His full statement and tour itinerary are below:

A message from Paul — . I've often wondered what it would feel like to reach the point where I'd consider bringing my performing career to a natural end. Now I know: it feels a little unsettling, a touch exhilarating, and something of a relief. . I love making music, my voice is still strong, and my band is a tight, extraordinary group of gifted musicians. I think about music constantly. Sadly, we lost our lead guitarist and my friend of 30 years, Vincent N'guini, who died last December. His loss is not the only reason I've decided to stop touring, but it is a contributing factor. Mostly, though, I feel the travel and time away from my wife and family takes a toll that detracts from the joy of playing. I'd like to leave with a big Thank You to the many folks around the world who've come out to watch me play over the last 50 years. . After this coming tour, I anticipate doing the occasional performance in a (hopefully) acoustically pristine hall, and to donate those earnings to various philanthropic organizations, particularly those whose objective is to save the planet, ecologically. Once again, I am very grateful for a fulfilling career and, of course, most of all to the audiences who heard something in my music that touched their hearts. . — Paul Simon