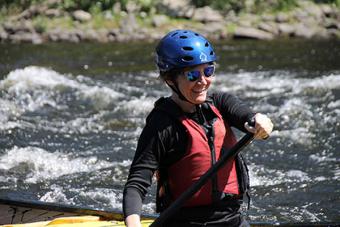 World Wildlife Fund Canada's incoming CEO and president Megan Leslie say the loss of wildlife in Canada will be the top priority for the conservation organization to address in the coming years.

"This is a wake-up call," said Leslie, in a statement. "And I want all Canadians to join me in answering it. I’m counting on all of us — communities, Indigenous organizations, governments, industry, scientists, cultural organizations and beyond — to address the reasons that half of the wildlife species we studied are in decline, with an average 83 per cent loss since 1970."

The wildlife loss numbers come from the organization's 2017 Living Planet report. The 64-page Living Planet document cited a number of factors contributing to the population decline, including habitat loss, climate change, pollution, unsustainable harvesting, invasive species and "cumulative and cascading effects." Some of the species the report cites specifically include the swift fox, woodland caribou, St. Lawrence beluga and the piping plover.

The World Wildlife Fund's mission is to "stop the degradation of the planet’s natural environment and to build a future in which humans live in harmony with nature." The Canadian arm of the organization focuses on tackling issues like climate change, conserving oceans and freshwater resources. About half of the funds WWF Canada receives gets dedicated to conservation programs across Canada, with another quarter of their funding dedicated to research and grant funding as well as awareness campaigning, with remaining funds going towards administration and fundraising expenses.

Leslie is taking over the top WWF Canada spot from former Toronto mayor David Miller, who served as the president and CEO since 2013. She served two terms as Member of Parliament for Halifax and deputy leader of the official Opposition (New Democratic Party). Leslie, 44, has actively supported environmental causes since she was a teenager and was part of the committee that created the Sable Island National Park Reserve, a 30 square kilometre reserve southeast of Halifax, Nova Scotia, in 2013.