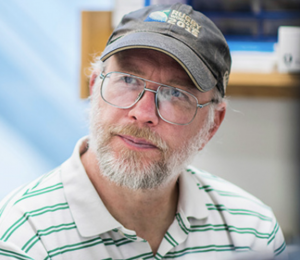 A new research project could transform how lung cancer is detected and help save lives.

A team of researchers led by Dr. David Wishart is developing a low-cost, fast and easy-to-use blood test that can accurately detect early-stage lung cancer. The test, known as a liquid biopsy, looks for and measures lung cancer-specific metabolites, or chemicals, in blood.

“Currently those with lung cancer are most often diagnosed in the later stages, usually stage 3 or 4, when treatment outcomes are poor,” Wishart said in a media statement.

“If lung cancer is detected early, then treatment outcomes improve enormously. We hope this study will clearly identify people with stage I lung cancer using a simple, low-cost blood test.”

Lung cancer is the most commonly diagnosed cancer and the leading cause of cancer death in Canada. When it’s detected and treated early, the chances of survival are significantly higher.

However, current methods for lung cancer screening are expensive, not available to everyone and could lead to side effects.

The Wishart team’s project is one of 27 innovative ideas funded by Spark Grants, a joint $4-million research initiative from the Canadian Cancer Society (CCS), Canadian Institutes of Health Research (CIHR) and Brain Canada. The program launched last July and its goal is to apply cutting-edge technologies like artificial intelligence, smart and wearable devices, and robotics to address key challenges in cancer prevention and early detection.

“What excites me about my current research is that we are coming up with a whole variety of novel, cheap and easy ways to detect early-stage cancer using only metabolites found in blood or urine,” said Wishart. “This opens the door to earlier detection and better outcomes for people with cancer.”

CCS is Canada’s largest national charitable funder of research into more than 100 types of cancer. It also: educates people on how to reduce cancer risk; provides support services to people with cancer and their loved ones; offers cancer information in 200 languages; and advocates to governments.

CIHR is an independent agency that was created in 2000 and is composed of 13 institutes. Its mission is to create new scientific knowledge and enable its translation into improved health, more effective health services and products, and a strengthened Canadian health care system.

Brain Canada is a national charitable organization founded in Montreal in 1998 that enables and supports innovative, paradigm-changing brain research in Canada.