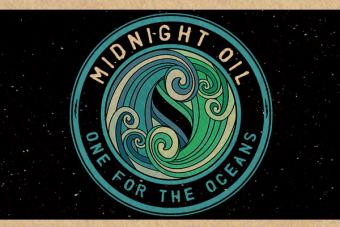 "Every cent of profit will go to various charities that work in the areas of reef protection and climate change," said a band statement.

One of the organizations the environmentally-minded band will be supporting will be the Australian Marine Conservation Society. Started in 1965, the independent charity works to create large marine national parks and sanctuaries, support sustainable fishing practices and protect threatened ocean life such as whales, sharks and seals. The organization also works to protect the Great Barrier Reef, the world's largest coral reef system (344,400 square kilometres), which is severely threatened by environmental pressures and climate change.

Some band members aren't just using their music to support the cause, either. Garrett, who is a former Minister for Environment Protection, Heritage and the Arts as part of the Australian Labor Party, will be making a speech on Oct.  24 titled "Trashing our crown jewel: The fate of the Great Barrier Reef in the coal age," happening at the National Press Club in Canberra, Australia.

Tickets for the event are officially on sale now.

30 Teddy Bear Coat Outfits to Brave the Cold in Style