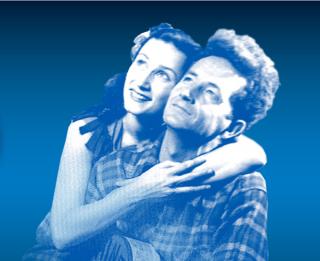 When folk icon Woody Guthrie died in a New York City hospital on October 3, 1967, from the complications of Huntington’s disease, his widow Marjorie ensure a continued battle against the inherited neurological ailment by establishing the Huntington’s Disease Society of America (HDSA), now the premier nonprofit organization dedicated to improving the lives of those affected by Huntington’s disease.

In celebration of its 50th anniversary, the HDSA is presenting a May 10 concert: Night of the Machine, featuring Canadian songwriter Martha Wainwright, Philadelphia hardcore punker Dave Hause and Brendan Fletcher from the TV talent search The Voice,  at New York City's Le Poisson Rouge, a multimedia art cabaret. Tickets are $30 (USD) in advance, $35 at the door and all proceeds will be donated to the HDSA.

According to the HDSA web site, “Huntington’s disease (HD) is a fatal genetic disorder that causes the progressive breakdown of nerve cells in the brain. It deteriorates a person’s physical and mental abilities during their prime working years and has no cure...Today, there are approximately 30,000 symptomatic Americans and more than 200,000 at-risk of inheriting the disease.”

“The Machine” refers to a popular slogan that was inscribed on Woody Guthrie’s acoustic guitar, “This Machine Kills Fascists.” A mentor to Bob Dylan and Ramblin’ Jack Elliott and an influence of Bruce Springsteen, Johnny Cash, Joe Summer, Billy Bragg and many others, Guthrie wrote thousands of songs, including “This Land is Your Land.”  In the early 1950s, Guthrie was diagnosed with Huntington’s disease – the same malady that claimed the life of his mother Nora in the 1930s and can cause one to lose control of their muscles – and was hospitalized in psychiatric hospitals until his death in 1967.

Shortly thereafter, his second wife Marjorie established the Committee To Combat Huntington’s Disease (CCHD) on September 18, 1967 as a non-profit voluntary health agency, which in 1983, became the HDSA.

Under Marjorie’s watch, as a result of tireless lobbying, she helped secure a $5 million (USD) research grant and later co-founded the National Committee for Research in Neurological and Communicative Disorders (NCR.) Her efforts spearheaded the eventual identification or the Huntington’s disease genetic marker, discovered a few months after her death in 1983.

Today the HDSA has 54 volunteer-led chapters and affiliates across the U.S.