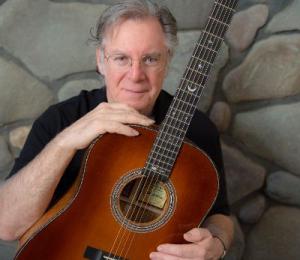 John Sebastian, Joe Butler and Steve Boone, founding members of 60s pop group The Lovin' Spoonful, will reunite for a one-time only performance on Feb. 29 to support autism research. The group is best known for such enduring hits as "Summer In The City" and  "Do You Believe In Magic."

The special benefit show, to be held at the Alex Theatre in Glendale, California and to include the Wild Honey Orchestra will fundraise for the Autism Think Tank, and is not meant as a formal Lovin' Spoonful reunion, says band co-founder Sebastian.

"Since Steve, Joe, and I agreed to attend, I’ve gotten correspondence about a Lovin’ Spoonful ‘reunion,’ and I want to clarify. Spoonful reunions without Zalman (Zal) Yanovsky are more like get-togethers. Most of the music at the show is played by a great assortment of studios musicians, not always including us.  It’ll be a blast but a reunion would be a misnomer," Sebastian explained in a statement.

Sebastian (lead singer), Butler (drummer) and Boone (bassist) will perform together for the first time since the Spoonful’s induction into the Rock & Roll Hall of Fame in 2000. Other artists joining them on stage include Mickey Dolenz, Susan Cowsill, Marshall Crenshaw, Carnie Wilson and Elliot Easton.

The Autism Think Tank is a non-profit that brings together a team of top autism specialists, via an Internet medical conference, to tackle the medical and psychological issues faced by young people with autism.

Those young people include Wild Honey Orchestra co-founder Paul Rock’s 15-year-old son Jake, who does not speak and has self-harm issues.

"Thanks to medical advice from a member of the Think Tank medical team, Jake's often debilitating self-injury has been reduced by 95%.  By giving families access to cutting-edge treatments, the Autism Think Tank provides welcome relief from the suffering that comes with severe autism," the Wild Honey Orchestra says on a gofundme web page to raise travel funds ahead of the benefit concert.

Since 2013, the Wild Honey Foundation has raised over $150,000 for the Autism Think Tank, which operates under the umbrella of the Autism Healthcare Collaborative, by holding annual concerts that feature classic rock musicians.

In the recent years, the benefit concerts have featured tributes to Buffalo Springfield, the Band and The Kinks.

"Individuals with medically complex autism are often non-verbal making it difficult for parents and physicians to recognize symptoms of medical conditions. Left untreated, these conditions can lead to self-injurious (self-mutilation) and violently aggressive behaviors often secondary to unidentified sources of pain," the New Jersey-based Autism Think Tank says on its website.