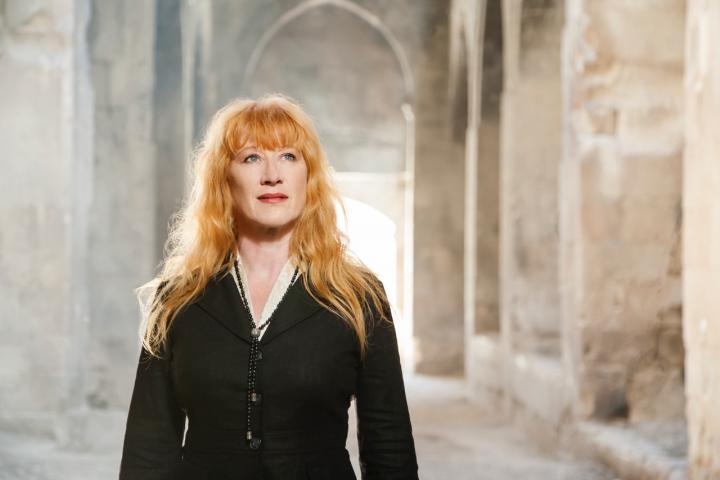 Canadian Celtic-folk singer-songwriter and harp player Loreena McKennitt, whose albums have sold more than 14 million copies worldwide, is focusing on battling the harmful effects of technology and the environmental threat from global warming.

“As a mother and a citizen, it is hard to sit idly by. I genuinely believe that we as citizens have been called to action, particularly on these two vital fronts, and we must be prepared to make sacrifices if we’re to be successful in dealing with them," McKennitt said in a statement.

Her fans can expect to see McKennitt perform again as she is not quitting the music business.

Instead, battling the twin challenges of digital technology and climate change have become her top priorities, as she first outlined in a Sept. 26 speech, Facing the Music: Unintended Consequences of the Digital Age. "To sit back and do nothing, to pretend to be oblivious to all that I see around me, is not in my DNA," she said

For the past 20 years, after the deaths of her boyfriend, his brother, and their friend in a boating incident, McKennitt has been involved with promoting water safety awareness and the prevention of water-related fatalities in Canada through her Cook-Rees Memorial Fund For Water Search And Safety.

To date, the fund has raised about $3 million for education, research, training, and equipment purchases to benefit water safety causes, and granted funds to around 20 Canadian organizations, including purchasing night vision goggles for the Canadian Coast Guard Auxiliary and the Lifesaving Society, which developed a training manual for dragon boat racing officials and competitors.

"Even though I feel I have been trying to take serious steps over the last 10 years or so, there is much more to be done and I expect this will be a long work in progress," McKennitt said at Rotary Club.

The Celtic musician also owns and is a director of the Falstaff Family Centre in Stratford, Ontario, which aims to reverse the negative impacts on child development from excessive technology use, loss of family time and community engagement, and at a time of climate crisis, a lost connection with nature.

The Stolen Child Project, inspired by McKennitt's musical interpretation of WB Yeats’ early poem The Stolen Child, for now aims to encourage a deeper discussion about the technological and environmental challenges facing children and families, with an eye to solutions.

"Indeed, like a growing number of communities, we feel the time is right to have a public discussion. Our children and their future deserve nothing less," she says on her website.

In a 2017 speech, Smart Communities or Wise Communities, made to the Community Living Stratford and Area not-for-profit agency — which aids adults with developmental disabilities — McKennitt also questioned the benefits of a fast-growing digital world and consumer culture.

"I wonder, do all of these marvels of ‘connection’ – does this arrival of the so-called “Global Village” -- really mean that we are still connected to the people next door, to the families on our streets, or to individuals we might see who do have disabilities, and who might need our help? And how often do we stop and think about what we may have lost?" McKennitt argued.  "The name Community Living reminds us that many do care about their neighbours. It reminds how lucky we are to have organizations that care for those among us who need special care and support and love."

"My overarching concern is that these technologies have been allowed to proliferate in an unfettered way in the absence of a truly democratic debate about their potential harms, as well as their benefits. I worry that we have not learned the lessons from adopting fossil fuels whole heartedly a century ago, only to discover decades later that they also come with great perils," she said during her September Stratford address.

McKennitt took an earlier stand against social media when April 2018 she eliminated her Facebook profile, despite having 596,000 followers, over that digital platform's alleged misuse of personal data. The Canadian musician said she will focus her advocacy efforts through her personal website and Stolen Child Project initiative.