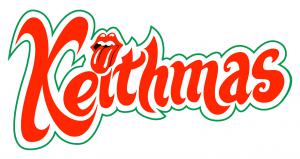 In honour of the Rolling Stones' guitarist Keith Richards' 77th birthday on Dec. 18, and the coronavirus that has killed live music for the time being, the 11th annual Keithmas fundraising concert has made a slight pivot in execution. Keithmas XI — comically subtitled on the poster as You Can't Kill Keithmas — will be a virtual event webcast from Vancouver’s Rickshaw Theatre, benefitting, as usual, the Greater Vancouver Food Bank, and featuring performances by such acts as Big Sugar, The Odds, and Joe Keithley of DOA.

The “foodbank fundrager,” the brainchild of James Hayden and John Hewer (Hidden Charms Presents), will be available on demand between 7 p.m. PST (10 p.m. EST) on Dec. 18 to midnight (3 a.m. EST) on Dec 20. Tickets start at $15 with a limited number of tickets packaged with Keithmas XI merch bundles also available.

“For 10 years the people of Vancouver have had a great time celebrating Keef, Christmas and the music of the Rolling Stones while raising over $80,000 for the Greater Vancouver Foodbank,” it says in the press release. “So please join us again this year on the first (and hopefully the last) livestream Keithmas and keep this uniquely Vancouver tradition alive.”

Also on the bill are Rock N’ Roll Circus, The Wild North, Phono Pony, Bend Sinister, and Rempel and The Rousers (comprised of members of Tranzmitors, Mandates and The Ballantynes). "Any Rolling Stones or Keith solo material is fair game for the performers," said The Feldman Agency's Rob Wright of the set lists in an email to Samaritanmag.

Wright, who MCed the first year, is become more involved with the fundraiser over the years and is now a producer of Keithmas, alongside Hayden and Hewer.

Currently there are no audiences allowed at shows by provincial health order, so there will be a virtual audience only.

"There are mask and distancing rules, and all our performers will wear masks from load in until they get on stage, at which point they can remove the mask if they choose," explained Wright. "Thankfully the Rickshaw has a large stage for them to perform on as well."

Performances from Big Sugar, Odds, and RocknRoll Circus are prerecorded. All of the other artists will be recording live from the Rickshaw.

"He’ll be doing a little preamble and intro to the show," Wright said. "He’s going to be sharing some fun stories about what has happened at and around Rolling Stones concerts in Vancouver in past. He’s also going to share a little bit of history about the Rickshaw Theatre as well, which should be really cool."

Watch the video about the event: