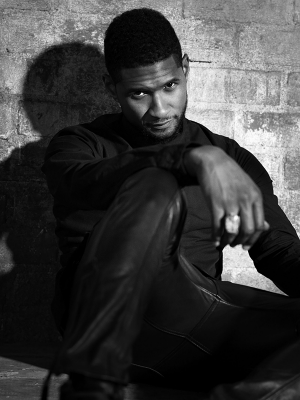 The title says it all. Prime Minister Justin Trudeau and philanthropic billionaire Bill Gates will join artists Usher, Half Moon Run, Metric, Grimes, and Charlotte Cardin for a free ticketed concert in Montreal called Global Citizen: A Concert to End AIDS, Tuberculosis and Malaria on Sept. 17 at the Bell Centre.

Global Citizen, founded in 2012, is "a social action platform for a global generation that wants to solve the world’s biggest challenges," which aims to eradicate extreme poverty by 2030.

Bell Media will air the concert on Bell Fibe TV1 and live stream it on iHeartRadio.

Ten thousand tickets will be made available and those wishing to obtain one must join Global Citizen and take action in five steps: 1. Take a quiz; 2. Sign a petition; 3. Send an email; 4. Make a call; and 5. Sign a second petition.

The concert,  “a celebration of progress in global health and development," is being held in conjunction with the Global Fund’s fifth Replenishment Conference for world leaders to be held in Montreal on Sept. 16.

According to a video on the Global Citizen website: “The Global Fund was launched in response to a world health crisis. In the early 2000s AIDS, HIV, tuberculosis and malaria were running rampant, causing 4 million deaths per year. World health is a responsibility we all share, so world leaders came together and created the Global Fund to synchronize the world’s response. Since then the Fund has channelled billions of dollars for life-saving programs run by experts on the ground. The results are undeniable. Since 2002, programs supported by the Global Fund have saved more than 20 million lives. That’s over half the population of Canada.

“On top of that, in the last half of 2015 alone, the Global Fund helped treat 640,000 more people for HIV, detected and treated almost 700,000 cases of TB and distributed nearly 60 million mosquito nets to halt the spread of malaria… Replenishing the Global Fund is the crucial next step. On September 16th world leaders will meet in Montreal to pledge their support for the next three-year cycle of funding. The Canadian government has already stepped up, promising to increase their contribution by 20%. The status quo won’t cut it this year. Global citizens everywhere must speak out and encourage our leaders to match Canada’s generosity. By taking action we can ensure that the Global Fund reaches its target of 13 billion US dollars, money it needs to save millions more lives in the years ahead.”

Global Citizen CEO Hugh Evans said in a press release: “Global Citizen is looking forward to working with Prime Minister Trudeau and the administration to eradicate HIV/AIDS, tuberculosis and malaria. Canada’s leadership in support of the Global Fund will have a lasting effect for the world’s poor for many generations and we encourage leaders from across the globe to follow the Canadian example.”

The concert will be co-hosted by ÉNERGIE Montréal 94.3’s Patrick Langlois, Africa Rising Foundation co-founder Kweku Mandela, media personality Maripier Morin, and TV and radio personality George Stroumboulopoulos, and will be broadcast via Bell Fibe TV1. It will also be the first livestream for Bell’s newest media outlet, the as yet to be launched iHeartRadio.ca.

“Bell Media is proud to support Global Citizen through our participation in this important concert,” added Randy Lennox, president, broadcasting and content, Bell Media. “It is our hope that through the Bell Fibe TV1 broadcast and iHeartRadio livestream that we will be able to engage and inform Canadians about the Global Fund and its mission to wipe out AIDS, tuberculosis and malaria.”

The concert is supported by major partner Johnson & Johnson, and associate partners The Coca-Cola Company, Ecobank, Nando’s, and the United Nations Foundation.