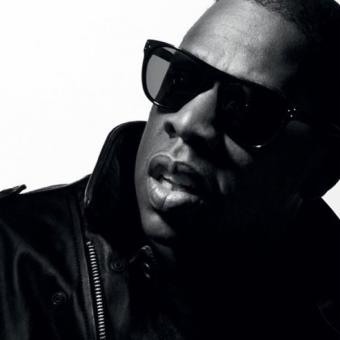 "I'm saddened and disappointed in THIS America -- we should be further along. WE ARE NOT," Jay Z wrote in a short statement that accompanied the song on Tidal.

"I trust God and know everything that happens is for our greatest good, but man.... it’s tough right now.

"Blessings to all the families that have lost loved ones to police brutality."

The song, which is the first new material from Jay Z since 2013's Magna Carta...Holy Grail, has been finished for some time. Jay Z's management team had apparently urged him to release it after the shooting death of teenager Michael Brown by a police officer in August 2014.

"I knew his death wouldn't be the last," wrote Jay Z, explaining that the issue of police shooting black Americans will, sadly, "always be relevant."

During one sequence in the song its lyrical protagonist pleads "don't shoot, I just wanna do good":

I am not poison, no I am not poison
Just a boy from the hood that
Got my hands in the air
In despair don't shoot
I just wanna do good, ah

Jay Z's statement concludes with a quote from Frederick Douglass, who escaped slavery in the mid-19th century before going on to become a noted abolitionist and diplomat.

"Where justice is denied, where poverty is enforced, where ignorance prevails, and where any one class is made to feel that society is an organized conspiracy to oppress, rob and degrade them, neither persons nor property will be safe," says Douglass.