It’s Polar Bear Week: All WWF Donations Will Be Matched Up to $130K 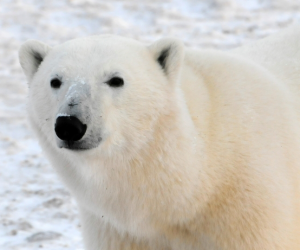 “Our work depends on your support,” it reads on the site. “A generous donor has offered to match your donation (up to $130,000) so your donation now will drive even more work and results in the Arctic. We have scientists in the field to gather knowledge and make an attainable plan for the future, so that life in the Arctic can continue to thrive – but to fund this work, we need your help.”

The WWF’s benefactor is the Oak Foundation, a coalition of philanthropic organizations that fund programmes across a spectrum of issues, including child abuse, the environment, and housing and homelessness.

The WWF is Canada’s largest international conservation organization with the active support of more than 150,000 Canadians. Its mission is “To stop the degradation of the planet’s natural environment and to build a future in which humans live in harmony with nature, by Ensuring that the use of renewable natural resources is sustainable; promoting the reduction of pollution and wasteful consumption; and conserving the world’s biological diversity.”

To commemorate Polar Bear Week, the WWF is posting trivia, stories, close encounters and information from experts each day on their blog, about polar bears as well as other Arctic species. Among the stories currently online are articles about bowhead whales and narwhals, as well as a first-person account by former Toronto Mayor, and current WWF president and CEO, David Miller of his first polar bear encounter during a trip to Churchill, Manitoba.

The site also suggests helping polar bears by, among other things, turning down your thermostat by two degrees Celsius which would reduce greenhouse gas emissions the equivalent of shutting down a 600 megawatt coal-fired power station.

The WWF also outlines “the true cost of Arctic oil” as part of its Arctic Campaign.

“As interest in Arctic offshore drilling for oil grows, WWF knows that a spill could contaminate hundreds of kilometres of ocean and northern coasts. Oil could wash ashore in communities from Alaska to Nunavut and could coat migrating beluga and bowhead whales, as well as polar bears and birds,” it says.

“To understand these risks, and ensure that a developing economy does not come at the cost of environmental and social health, WWF-Canada researched the implications of oil spills in the Beaufort Sea and produced an interactive map to advance discussions about balancing conservation and development in the Canadian Arctic.

“With your support we will take this oil spill research to the next level – standing on guard to ensure long-standing Arctic safety requirements are not compromised, and expanding our scope to Baffin Bay and Lancaster Sound, some of the richest waters in the Arctic.”

As the Arctic’s apex predator, the health of the polar bear species reflects that of its environment, according to the WWF website. That environment is being threatened by oil spills and climate change. Monies gathered by the WWF go partly into research into polar bear health, the state of their habitat, and ways to keep polar bears and humans safe as the bears are forced to encroach into populated areas due to a lack of food.