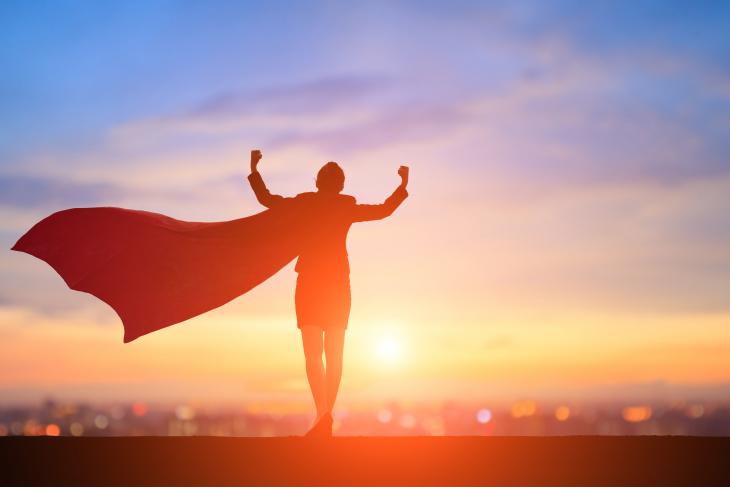 International Women’s Day (March 8) has been celebrated for more than 120 years, and while the fairer sex has come a long way, baby, the fight for equality, justice and breaking all the glass ceilings continues. To honour women, their accomplishments and progress, and their trials and tribulations, Samaritan has compiled a playlist of songs, sung by women, that strive to lift women up and unite them in their collective experiences.

Gore recorded this when she was only 17 obviously with no way of knowing it would become the anthem in the #MeToo movement decades later, proving its staying power and relevancy. And in 2012, it was used in a public service announcement urging women to vote, saying, "It's hard for me to believe, but we're still fighting for the same things we were then." By the time Gore rerecorded it for her final album, 2005's Ever Since, she had also come out as a lesbian.

The late great Aretha Franklin took this powerful song, originally recorded by Otis Redding and turned it into what would become an anthem for the civil rights movement and for the women’s movement. “Respect” became a soundtrack for the 1960s and its revolutionary demand for R-E-S-P-E-C-T was and remains unapologetic, uncompromising and unflinching.

I am woman, hear me roar / In numbers too big to ignore / And I know too much to go back an' pretend / 'Cause I've heard it all before / And I've been down there on the floor / And no one's ever gonna keep me down again/ Yes, I am wise

“I Am Woman" became the unofficial anthem of the women’s liberation movement thanks in part to its opening declaration: I am woman. Hear me roar. It was released in 1970 on Reddy’s first album and then re-released as a single in 1972 to coincide with the release of the feminist comedy “Stand Up and Be Counted.” It went on to win a Grammy.

Working 9 to 5, what a way to make a living / Barely getting by, it's all taking and no giving / They just use your mind, and they never give you credit / It's enough to drive you crazy if you let it

The song was written for the comedy film “9to5,” starring Jane Fonda, Lily Tomlin, and Parton in her film debut. The song—and film—owe their titles to “9to5,” an organization founded in 1973 to fight for fair pay and equal treatment for women in the workplace. The movie “9to5” was a revenge fantasy for women who felt overworked, underpaid and disrespected. The film hit No. 2 at the box office in 1980, and the song reached No. 1 on three different Billboard charts.

"Sisters Are Doing For Themselves," Eurythmics & Aretha Franklin, 1985

We all gotta have R-E-S-P-E-C-T for sweet dreams that are made of lyrics like the above. Annie Lennox and Aretha Franklin, powerhouses in their own right, joined forces to record a powerhouse of an uplifting ballad.

Instinct leads me to another flow / Every time I hear a brother call a girl a bitch or a ho / Tryna make a sister feel low / You know all of that gots to go / Now everybody knows there's exceptions to this rule / Now don't be gettin' mad, when we playin', it's cool / But don't you be calling me out my name / I bring wrath to those who disrespect me like a dame

Queen Latifah is a straight-up OG. She ushered feminism into rap music when there were few females in the genre. In U.N.I.T.Y she calls out the misogyny in hip-hop and with men whose go-terms “bitch” and “ho” were used all too often asking, “Who you callin’ a bitch?” The song also addresses sexual harassment, domestic violence and the cyclical violence within the Black community. In 1995, Latifah won the Grammy Award for Best Rap Solo Performance for “U.N.I.T.Y.”

Preach queen, preach. India Arie put self-love, body positivity and self-acceptance onto the airwaves years before self-love would become part of mainstream feminism. Her lyrics acknowledge and suggest that women can and should step away from the misconceptions and stereotypes the media projects of women. Arie advocates for the average woman during a time where self-image was becoming extremely distorted by unrealistic standards set by the media.

So what, am I not s'pposed to have an opinion? / Should I be quiet because I'm a woman? / Call me a b**** 'cause I speak what's on my mind / Guess it's easier for you to swallow if I sat and smiled

Aguilera bites back against the archaic double standard of women being judged for being outspoken while men can do and say as they please without fear of reproach. And Lil Kim joins forces rapping "Cats take my ideas and put their name on it," referring to her own struggles as an independent woman in the music industry.

How we're smart enough to make these millions / Strong enough to bear the children / Then get back to business / See, you better not play me

Day’s first single, "Rise Up," from her 2015 album Cheers to the Fall, became a hit — peaking at No. 4 on the Billboard 200 chart — and was also adopted as the Black Lives Matter movement's "unofficial anthem." Day has said that using her voice to address social justice is her way of honouring the artists who came before her who also fought the good fight. In an interview with Jezebel's The Muse, she pointed to such performers as Billie Holiday and Nina Simone, singers who "[used] their platforms to talk about race." Following in the footsteps of her musical forebears, Day explained that isn't "just a decision," but rather "a driving force inside me ... to do it because you have a platform and you have a responsibility." And speaking of Billie Holiday, Day portrays her fabulously in “Billie Holiday in The United States vs. Billie Holiday,” winning a Golden Globe award for Best Actress. If that’s not a full circle moment, I don’t know what is!

I buy my own things, I pay my own bills / These diamond rings, my automobiles / Everything I got, I bought it / Boys can't buy my love, buy my love, yeah / I do what I want (she does), say what you say /I work real hard every day / I'm a motherfucking woman, baby, alright / I don't need a man to be holding me too tight

In an essay by Kesha published in Rolling Stone, she writes that recording “Woman” was a huge turning point: She brainstormed the song’s core lyric – “I’m a motherfucking woman” – while driving to the studio where she finished writing the song with Drew Pearson and Stephen Wrabel. “It was such a beautiful experience to write such a strong female empowerment song with two men … because it reinforces how supportive men can be of women AND feminism,” she writes. “That day was one of the best writing sessions of my life. It was pure raw joy. I have never had such a wonderful and hilarious work day as I did that day. It was one of those days I’ll remember forever, because it brought me back to why I wanted to ever start making music.”