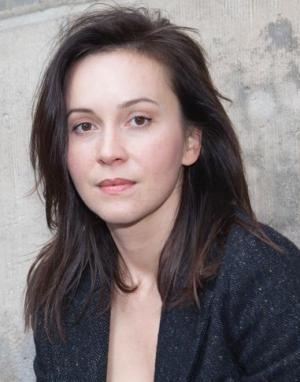 Aleksandra Odić’s 22-minute film, Frida, was the inaugural winner of the Lights on Women Award at the Cannes Film Festival.

“We decided to champion this cause because we believe in working together to reduce bias and achieve greater gender balance in cinema,” L’Oréal Paris global brand president Delphine Viguier-Hovasse said in a media release. “The main obstacles faced by women who want to pursue careers in film are firstly, self-confidence, and secondly, financial resources. For Aleksandra Odić, I hope that this award will provide helpful support in regard to both of these challenges.”

Frida, depicting an encounter between a young nurse and her patient, was chosen from 11 selected short films by Academy Award winner and L'Oréal Paris spokesperson Kate Winslet, the award’s first juror. Odić will receive financial support of €30,000 (CAD $37, 300) to go with the honour.

“The brave subtlety and sparse use of dialogue created an internal heartache that takes courage, skill, and a very delicate hand,” Winslet said of Frida in the release. “I am confident that the Lights on Women Award will propel a new generation of female filmmakers forward in their careers, while also capturing unique and hugely relevant themes within the challenges of our world today.”

L’Oréal Paris has been an official partner of the Cannes Film Festival for more than 24 years. One of the beauty brand’s aims is to empower women, and the Lights on Women Award is its latest initiative to promote that.