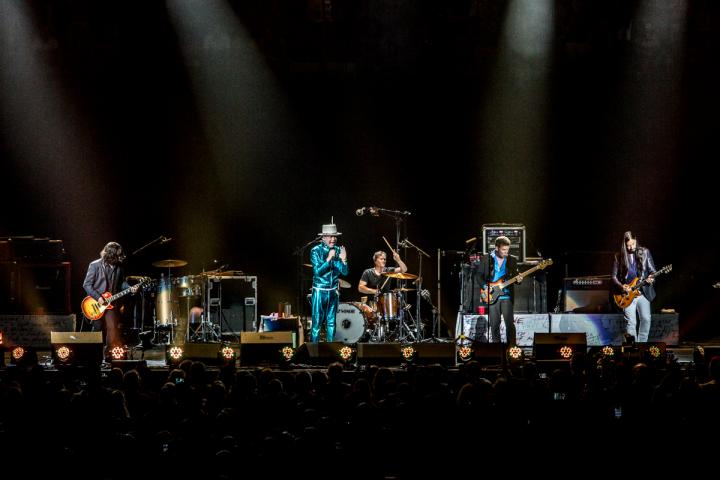 The Tragically Hip's frontman Gord Downie turns 53 today. Let’s reignite the flood of donations for his charities, which were set up following the announcement a year ago that he had glioblastoma, an aggressive form of brain cancer.

The Gord Downie Fund for Brain Cancer Research at Toronto’s Sunnybrook Hospital has raised more than $1.3 million, according to the recent figure given to Samaritanmag by the communications and stakeholder relations department at Sunnybrook Health Sciences Centre.

“Donations to the Gord Downie Fund for Brain Cancer Research will give Sunnybrook the tools to help beat brain cancers that are currently unbeatable,” it states on the web site. “Right now we're investigating new drugs, surgical techniques and genetic therapies. We're using ultrasound to help drugs reach tumours that couldn't be reached before. Your support will help us conduct groundbreaking research that benefits patients not only at Sunnybrook, but across Canada and around the world.”

Donations continue to come in, in small and large amounts. Hockey legend Doug Gilmour made himself available for a hang time at a Toronto Maple Leafs game with a lucky winner as part of a Boon-town fundraising auction for the Gord Downie Fund, and rock legends Rush have pledged to donate the $40,000 award that accompanies their 2017 Allan Slaight Humanitarian Spirit Award (which they’ll receive during Canadian Music Week in April) to the singer’s brain cancer research fund as well.

Then, with a ‘secret’ solo project in the can (Secret Path), inspired by 12-year-old Chanie Wenjack, who died 50 years ago after running away in the winter from a residential school, Downie seized the opportunity at The Tragically Hip’s tour finale in Kingston, Ont. last August — televised and streamed to millions globally — to call attention to the plight of Canada’s First Nations people. "What's going on up there ain't good. It may be worse than it's ever been," he said onstage.

Two months later Downie released Secret Path — an album, illustrated book and animated film (supported by several live concerts) inspired by Chanie’s story. Proceeds from the sale of Secret Path go to The Gord Downie Secret Path Fund for Truth and Reconciliation via The National Centre for Truth and Reconciliation (NCTR) at The University of Manitoba, which is “dedicated to preserving the history of residential schools in Canada, making this history known, and moving our country forward on the path of reconciliation. These funds are dedicated to finding the missing children.”

At the same time came the announcement of The Gord Downie & Chanie Wenjack Fund, which was launched in conjunction with his brother, Mike, and the Wenjack Family, focusing on “cross-cultural education to support healing and recovery.”  The Fund aims to “foster new relationships between Indigenous and non-Indigenous Peoples, while strengthening the voices and work of groups already making a difference.” A percentage of all donations to the Fund will directly support the work of the NCTR.

The Gord Downie & Chanie Wenjack Fund operates out of the Toronto Foundation, another place to donate directly.

There are also other fan-created sites selling or auctioning merch with the proceeds directed to the Gord Downie Fund for Brain Cancer Research, particularly In Gord We Trust (which has donated $40,000 to date, according to the site) and Courage For Gord.

Happy birthday Gord. One man’s mission can do a world of good.