Gord Bamford, The Washboard Union on Board for Going Country, Here For The Cure Concert 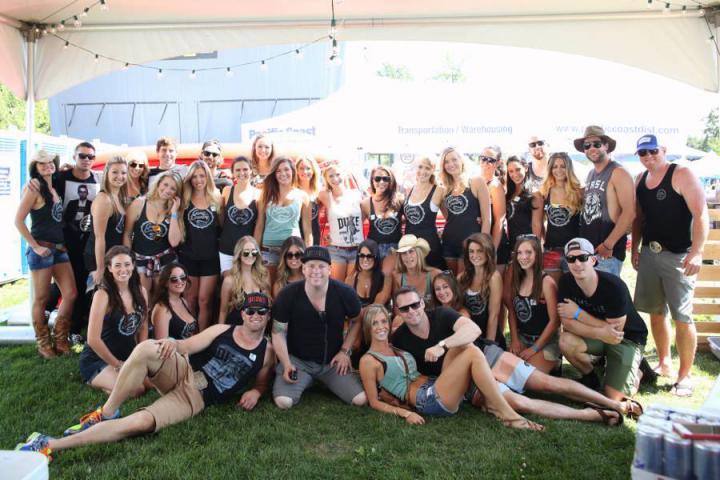 Canadian country acts Gord Bamford, The Washboard Union and Karen Lee Batten are among the performers for Gone Country – Here For The Cure, an all-day concert and cancer-battling fundraiser held in Surrey, B.C. this Saturday (June 21) at Bill Reid Millennium Amphitheater, with all proceeds earmarked for Canuck Place Children’s Hospice, Abbotsford.

This is the sixth edition of the show, which is the brainchild of Langley B.C. retailers The Property Twins, better known as Jamie and Chris Ruscheinski.   The rest of the lineup is The Tumblin' Dice, Rollin' Trainwreck,Andrew Christopher, Jesse Allen Harris, and DJ JaXon Hawks. It is a 19+ event.

“Please remember that everyone at this event is an unpaid volunteer,” it says on the Gone Country “overview” page. “They are doing this out of the goodness of their hearts. There are bound to be some hiccups but we will take care of them as quickly as possible. Please be patient and remember you are at a cancer fundraiser.”

Another page, featuring a group photo, states: "We are so humbled every year at Gone Country with over 250 volunteers putting in one hell of long shift. It’s tough to hold back tears when we thank them all at our group photo before we open the front doors. I say this because the majority have lost someone to cancer and volunteer in their memory."

According to their website, the duo has been staging events for almost 20 years in tribute to their late mother, raising over $1 million dollars to fight what they call “this bullshit disease” through numerous events.  Their initial fundraising efforts were at nightclub and pubs, and then a backyard BBQ.

“Jamie was the one that had the idea to throw a country concert,” it read on “how it all started.” “We decided to call up Dallas Smith and Aaron Pritchett to ask them to perform and they actually said yes! We were surprised as we had no idea what were doing at the time.  We then were shocked to get the thumbs up from the guys at the Cloverdale Rodeo to use their venue.  A few phone calls to rally a team, and the first Gone Country was born.”

They raised $189,000 that year. This year, they are aiming for $580K with "every penny" going to Canuck Place Children’s Hospice.

The hospice specializes in offering care medical and nursing care, recreational therapy, counselling, and provincial care and outreach to newborns, children and teens facing life-threatening illnesses and their families across British Columbia.

The festivities kick off at 2 p.m. Tickets are $60 at the gate and there will be a mechanical bull on site for those who love to live dangerously.