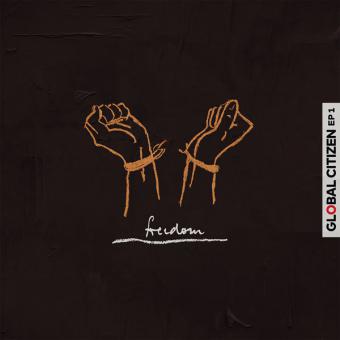 The Global Citizen EP 1 was spearheaded by Coldplay’s Chris Martin and is being released by Parlophone Records in the U.K., Atlantic Records in the U.S. and Warner Music in Canada. "E-Lo," the first single features from the EP, features Los Unidades, Pharrell Williams and Jozzy. A lyric video for the song is inspired by the late South African activist and political leader Nelson Mandela.

Co-founded by Hugh Evans, Simon Moss and Wei Soo in 2008, Global Citizen has offices in the U.S., Canada, Australia, Germany, and the United Kingdom. Global Citizen pursues its goals through a combination of grassroots activism and the creation of content and events. Since 2011, Global Citizens estimates it has encouraged14 million actions — emails, tweets, petition signatures and phone calls targeting world leader — towards its poverty-fighting goals. The organization estimates its lobbying efforts have generated more than $37 billion USD ($48.79 CAD billion) in value and impacted a total of 650 million people's lives already.

In 2015 the United Nations created 17 sustainable development goals to achieve by 2030. These goals include ending poverty and hunger, protecting the planet from environmental damage, fostering peace and prosperity and partnering up to support the poorest and most vulnerable peoples of the world.

"For hundreds of years, we have witnessed the power of music in bringing people together to drive activism and demand change. We are thrilled to release Global Citizen EP 1 with new songs from these incredible artists who stand with us in the fight to defeat extreme poverty, and we are extremely grateful to Dave Holmes, Parlophone Records and Atlantic Records for their dedicated partnership and support as we demand to see an end to extreme poverty by 2030," said Global CEO Hugh Evans Citizen in a statement.

"It was a real honour to help further the Global Citizen movement by putting together this release alongside Chris (Martin) and Parlophone. We've ended up with so many incredible performers, and we're all extremely proud of the finished EP. May it be the first of many," added Dave Holmes, Coldplay’s manager.

The EP isn't the only way Martin is using music to support the Global Citizen cause. The Coldplay lead singer also curated the recent Global Citizen Festival: Mandela 100 Wherever You Are event. That marquee fest featured Martin, Beyonce, Jay-Z, Ed Sheeran, Usher, Eddie Vedder, Usher, and numerous other high-profile acts at the FNB Stadium in Johannesburg, South Africa on December 2.

(Please support Samaritanmag's original journalism by making a PayPal contribution or EMT transfer using  info@samaritanmag.com so we can increase the amount of content and writers we hire. Samaritanmag is the anti-tabloid, covering good people trying to change bad things. Let's make this thing bigger than TMZ)
Jordan