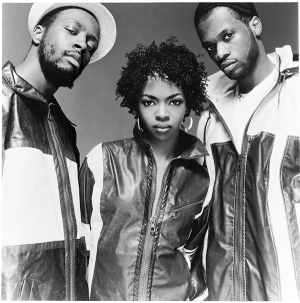 Reunited American hip-hop group Fugees are helping Global Citizen kick off a campaign to try and end the hunger crisis, defeat poverty and defend the planet from the climate crisis with a performance this evening from an undisclosed location in New York City.

Global Citizen supporters had the chance to win tickets to see the show, which will help kick off and support Global Citizen Live, a 24-hour event that’s part of Global Citizen’s “A Recovery Plan for the World” that will be broadcast on multiple sources — Apple Music, Apple TV, Twitter, YouTube, iHeartRadio and the Global Citizen website in Canada — on Sept. 25.

Forty-one million people around the world are facing starvation and climate change is making the situation even worse, with rising temperatures and water scarcity making it harder to produce and distribute food that people need, according to Global Citizen.

The situation is especially acute in Haiti — where Fugees member Wyclef Jean was born and where fellow group member Pras Michel has family roots — where climate change, frequent natural disasters and poverty have pushed nearly half of the population into food insecurity.

Global Citizen was founded in New York City in 2008 and it now has offices in Canada, South Africa, Australia, Germany and the United Kingdom.

Global Citizen’s mission is to build a movement of 100 million action-taking citizens to help achieve its vision of ending extreme poverty by 2030. Its platform enables people to learn about the systemic causes of extreme poverty, take action on those issues and earn rewards for their actions.

Global Citizen supporters are invited to sign a petition that will be sent to global leaders to encourage them to take action on overcoming COVID-19 challenges through its recovery plan by: supporting debt relief for the world’s poorest countries; protecting and increasing overseas development assistance; using International Monetary Fund assets and other tools to fund the global recovery; and engaging in philanthropy, corporate giving and investing by the private sector.

Fugees have reunited for their first tour in 25 years and first shows in 15 years to celebrate the silver anniversary of their 1996 album, The Score. Following tonight’s New York show, the tour will hit 11 other cities in the United States, France, the U.K., Nigeria and Ghana in November and December.

The tour will be presented by Diaspora Calling and produced by Live Nation. This statement from Jean appeared on Live Nation’s announcement of the tour:

“As I celebrate 25 years with the Fugees, my first memory was that we vowed, from the gate, we would not just do music we would be a movement. We would be a voice for the un-heard, and in these challenging times, I am grateful once again, that God has brought us together.”

Fugees’ charitable fund will partner with Global Citizen to work on philanthropic initiatives around the tour.