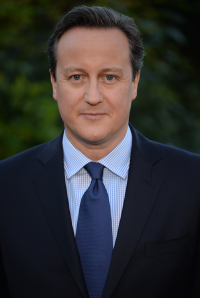 The 2017 Spirit of Hope Benefit will have another world leader at this year's event. The marquee Toronto fundraising event which takes place this year on May 18 is hosted by Friends of Simon Wiesenthal Center for Holocaust Studies (FSWC) and will feature former U.K. Prime Minister David Cameron as its marquee speaker.

Robert Lantos, the Canadian filmmaker and member of the Order Of Canada, is this year's chair for the benefit.

According to the official event page, the Spirit of Hope Benefit is "designed to foster dialogue about some of the most relevant issues of the day, looks at the big questions including globalization, human rights, freedom and democracy, the Middle East and international affairs in an effort to make sense of the world in which we live."

"Our objective is to try and make the world a better place by furthering and building bridges of tolerance, justice and human rights."

Proceeds from the benefit will be used to further the FSWC's work combating racism and antisemitism. Some of the projects the FSWC is involved in include Holocaust education and diversity training; the Tour For Humanity, a 30-seat mobile classroom and presentation center that has been used to teach topics like diversity, democracy, and Canadian civic rights; Freedom Day, which was used to launch the Holocaust survivor website Neverforgetme.ca in 2016; and Compassion to Action, a leadership mission to Auschwitz.