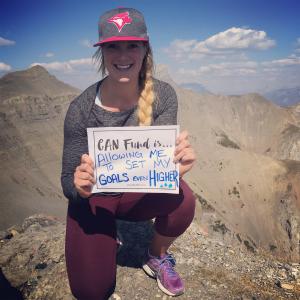 Billionaire businessman Eric Sprott and wife Vizma have made a matching $3 million donation to the Canadian Athletes Now Fund (CAN Fund), which supports Canadian athletes training for the Olympic Games and other global competitions.

"The effort of athletes and their families should be supported. There is nothing more personally satisfying than to see Canadian athletes competing successfully in international competitions. Good luck to Canada," Eric and Vizma Sprott in a joint statement ahead of the 2020 Olympic Summer Games in one year's time.

"Now because of Eric and Vizma Sprott, we have the opportunity to raise $6 million and support athletes beyond next summer. Timing is everything, this is the tipping point our athletes need," CAN Fund founder Jane Roos said in her own statement.

Roos' non-profit charity helps Canadian athletes train and qualify for international sporting competitions, a costly effort that has Team Canada contenders turning to CAN Fund and others to offset the expense of travelling to training camps, competitions, or paying for equipment, proper nutrition and coaching needed to compete.

"Being a CAN Fund recipient is a huge help on my journey. The funding will go towards my biggest training camp before competing at a test event that could guarantee my selection to Tokyo," where the 2020 Olympics will be held, Canadian triathlon competitor Joanna Brown said on the CAN Fund website.

Able-bodied and Paralympic athletes are eligible for $6,000 up to twice a year, or a maximum $12,000, as they compete to make it to the top of their sports.

With every donation, donors find out the name of the athlete supported.

The CAN Fund support is needed as top-level Canadian athletes typically receive $1765 every month from Sport Canada to live on, and so must rely on corporate sponsors to help fund their competition training.

Eric Sprott, who runs the Toronto-based hedge fund Sprott Asset management, has been a long-time supporter of the CAN Fund.

In 2010, Sprott and the Sprott Foundation said it would donate $100,000 for every gold medal earned by a Canadian athlete at the Winter Olympics that year in Whistler/Vancouver.

In the end, that year's "Sprott Gold Metal Celebration" made an investment of $1.4 million in Canadian athletes.

Importantly, the $100,000 donation for every gold medal holder didn’t go to the competition winner, who had achieved their goals, but to future athletes coming up behind them and also wanting to be Olympic champions.

What's more, charitable support for Canadian athletes most required in the run up to key international competitions tends to trail off after the media spotlight on Olympic Games, and is lower in Canada for the Summer Olympics than its Winter Games counterpart, where Canadians compete in higher profile winter sporting events like ice hockey, skating and skiing contests.

Eric and Vizma Sprott launched the Sprott Foundation in 1988 to help tackle homelessness and hunger in Canada.

Sprott was also named in 2013 as a Member of the Order of Canada for his philanthropy, especially in support of health care, education and international development.