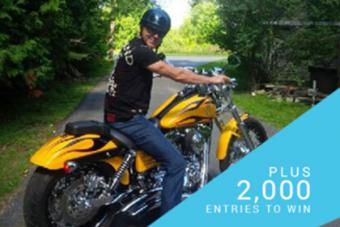 Doug Gilmour, one of the most popular players to ever suit up for the Toronto Maple Leafs hockey team, is donating some of his most iconic memorabilia to support Tragically Hip singer Gord Downie's cancer fight.

Gilmour, a Stanley Cup-winning all-star player who played parts of seven seasons with the Leafs, has teamed up with the sports-and-charity auction site Boon-town to host the Courage: Let's Do It For Gordie fundraising campaign with proceeds going towards the Gord Downie Fund for Brain Cancer Research.

The scrappy player has donated a hockey stick he used to win the Stanley Cup in 1989 with the Calgary Flames which is signed by all his teammates. That item has already been purchased for a $2,000 donation to the Downie fund, but other items that are still available include a 'Ninety-Nine Tour' jersey, which he wore in 1994-95 as part of the Wayne Gretzky promotional tour when the National Hockey League had locked out the players. That jersey is going for $2,000 as well. Other items also available are a signed, custom designed Leafs jersey for $750, and, for $30,000, Gilmour's personal, custom-painted Wide Glide Harley-Davison motorcycle.

In addition to the big ticket items, smaller donations also yield rewards. A donation of $100 earns a Canada Goose merino toque, a $75 donation scores a Courage campaign t-shirt and $20 donation earns a digital thank you message. Regardless of how much a person donates, everyone who does will have their name submitted for a grand prize draw to win a trip for two to Toronto to hang out with Gilmour to watch a Leafs game versus the Chicago Blackhawks in a luxury suite at the Air Canada Centre. The trip prize includes roundtrip airfare and two-nights stay in a four-star hotel.

"If there’s one thing Canadians love, it's hockey. And The Tragically Hip. We love the Hip," said Gilmour on the website donation page.

"So when I heard that my friend Gord Downie was facing the biggest challenge of his life, I felt the need to help in the best way I know how: bring together my friends in the hockey community and fans everywhere to support the Gord Downie Fund for Brain Cancer Research at Sunnybrook."

Gilmour and Downie both hail from the small city of Kingston, Ontario.

Downie has been battling terminal gioblastoma brain cancer since last December and recently revealed he's had two separate brain surgeries to fight the disease. Since his diagnosis the Tragically Hip went on a cross-Canada tour that raised more than $1 million for cancer research.

The singer also released Secret Path, a solo album/animated movie/graphic novel project following the story of Chanie Wenjack, a 12-year-old boy who died while running away from the Cecilia Jeffrey Indian Residential School near Kenora, Ontario in 1966.