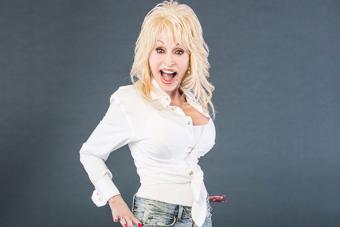 Dolly Parton, Lee Greenwood and Lonestar will be among the high-profile musicians performing as part of a special charity concert at the Grand Ole Opry on Jan. 30.

The Dustin J. Wells Foundation was created for its namesake after the 21-year-old Dustin Wells died in a car accident in 2005. The foundation was established in 2008 to support causes he would have appreciated, including music-related programs. Since its inception the foundation has raised more than $600,000 USD ($791,000 CAD).

One of the beneficiaries of The Gift of Music concert will be theW.O. Smith Music School, which "makes affordable, quality music instruction available to children from low-income families." Established in 1984, the school serves Nashville-area young people with group classes, private lessons, ensemble programs and summer camps.

The other beneficiary from The Gift of Music concert will be the Scott Hamilton CARES Foundation, which is dedicated to funding advanced research to treat cancers. The foundation was established by Olympic Gold Medalist and figure skating analyst Scott Hamilton, who has overcome cancer on four separate occasions.

The concert's marquee headliner Dolly Parton is no stranger to supporting worthwhile causes. Parton has spent more than 30 years doing good through her Dollywood Foundation, which is highlighted by the Imagination Library program, an organization that has provided more than 100 million books to children from birth to age five throughout the U.S.A., Canada, Australia and the U.K. since 1996. More recently, Parton created the My People Fund which raised $13 million USD ($17.11 million CAD) to help people who lost homes, property and loved ones in the Great Smoky Mountain wildfires in 2018.