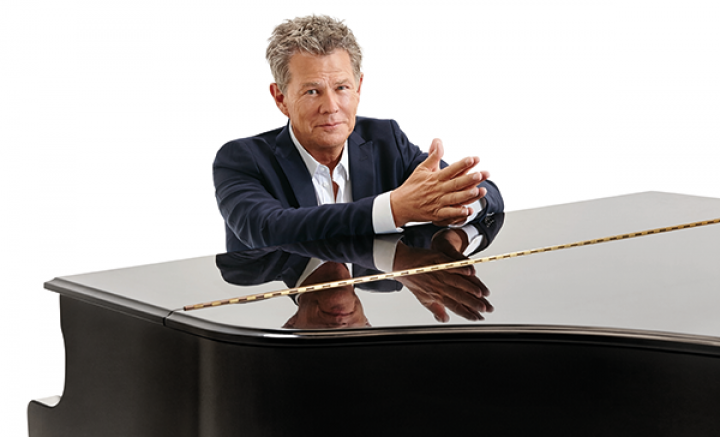 Canada's David Foster is known to the music world for discovering pop greats like Celine Dion, Josh Groban and Michael Buble. But Foster, since, 1986 has also spearheaded The David Foster Foundation, a non-profit charity that helps pay for non-medical expenses borne by Canadian families with children in need of life-saving organ transplants. And for that and other philanthropic efforts Foster is set to receive the Humanitarian Award at the upcoming 2019 Juno Awards, Canada's national music awards, in March.

He will rceeive the honour at the gala dinner & awards on March 16, in London, Ontario, the day before the televised awards show.

Since launching 33 years ago in Victoria, British Columbia, Foster's foundation has helped over 1,100 families with children undergoing major pediatric organ transplants or requiring post-operative care. It turns out the idea for the foundation was spawned by a chance meeting Foster had with a mother at the UCLA Medical Center in Los Angeles, whose child was originally from Victoria and awaiting an organ transplant.

Foster asked the mother what he could do to help, and expected that the child wanted to visit Disneyland. Instead, the mother said her family wanted a sister flown down from Victoria to be with her family in California during a stressful time in their lives.

"I created the David Foster Foundation in 1986 after meeting a young girl from my hometown who was awaiting a liver transplant," Foster recalled in a statement that accompanied the announcement of his Junos honour. "The experience had a profound impact on me, and that's how the Foundation was born. I am fortunate to be able to support many charities and organizations in need, either with my time or through donations, and it has become one of my life's passions. The gift of music has brought me many rewards, and what better way to pay tribute to those gifts than to pay it forward. Giving back is not just a responsibility, it's a necessity."

Foster in effect spotted what he considered a gap in Canada's health care system, as individual provinces cover most transplant-related costs, but leave non-medical expenses, such as airline travel, hotel fees and vehicle rentals, to the family to pay for during a stressful period in their lives.

So Foster's non-profit, which became a national organization in 2006, helps offset transportation costs, including airline tickets and gas, accommodation, long distance phone calls and meals for a family, for example, in another city for their child’s transplant or related health care. The foundation may also provide clothes and other basic personal items if a family has to suddenly leave their hometown for transplant care elsewhere, and even short-term rent or mortgage assistance if that need arises.

The average family receives around $10,000 from the foundation.

"Our foundation staff works with the transplant team to help provide guidance and assistance as the families go through the processes involved in their child’s transplant and medical care," the foundation explains on its website.

A veteran musician and songwriter, in addition to being a celebrated music producer, Foster annually holds a range of charity fundraisers, including his annual Vancouver Miracle Gala and Concert, which raised around $10.2 million with its most recent 2017 concert, with help from Oprah Winfrey and Steven Tyler. And Foster hosts a four-day Simply Spectacular Experience on Vancouver Island, which includes star-studded music performances.

The pop mogul, who has earned six Juno Awards and 16 Emmys, has also supported around 400 charities. That includes performing at the Muhammad Ali Celebrity Fight Night, an annual concert and live auction to benefit the late boxing legend's Muhammad Ali Parkinsons Center in Phoenix, Arizona, and The Andre Aggassi Foundation, which supports underprivileged and abused children.

Another charity Foster supports is the bi-annual Carousel of Hope concert in Los Angeles that most recently raised $1.9 million to support the Children's Diabetes Foundation and the Barbara Davis Center for Diabetes with a Oct. 6, 2018 gala that included a music performance by the Canadian pop mogul.

Allan Reid, president and CEO of the Canadian Academy of Recording Arts and Sciences, which stages the Junos, praised Foster for supporting charities, including his own, and encouraging people to give back.

"David has donated his time, talent, and resources throughout his career, making extraordinary contributions and changing lives, especially here at home through The David Foster Foundation," Reid said in a statement. "He has tapped into his vast network of friends and collaborators to raise millions of dollars for worthy causes. We are proud to commemorate David's philanthropic achievements at the 2019 JUNO Awards with this well-deserved honour."