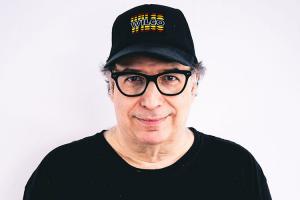 The record collection belonging to the late Toronto radio host Dave “Bookie” Bookman will go on sale this Thursday (Nov. 21) at Rotate This with proceeds going to MusicCounts, the charitable arm of the Canadian Academy of Recording Arts & Sciences (CARAS), which provides grants for musical instruments at schools and for community programs.

Bookman died May 21 of this year after being hospitalized for weeks following an apparent aneurism at his home in late April. He championed music and did interviews on air for decades at Toronto’s Indie88 and 102.1 The Edge, and gave countless bands a shot at his weekly Nu Music Nights at the Horseshoe. He was 58.

The collection consists of more than 600 of Bookie's records, a mix of 7-inches and LPs. His items will be identified in the shop by a specially designed sticker. The store, located at 186 Ossington Ave, opens at 11 a.m. and closes at 8 p.m.

"Dave took instantly to The Beach Boys," remembers his brother Steve in a press statement. "He was fascinated by their harmonies and their ability to write songs that appealed directly to what teenagers were doing at the time. He also took an instant liking to Dylan, he loved the messages being delivered by someone so young, Dylan was only 22 when he wrote ‘Blowin' in the Wind.’ Those were his two outside walls in music, 'fun in the sun' and 'songs of protest'."

After Bookman died, Indie88, where he worked, suspended regular programming to honour him while raising money in his name for MusiCount’s Band Aid program, which provides musical instrument grants of up to $15,000 for schools.  Indie88’s initial goal was $10,000 but listeners kept donating, ultimately raising more than $75,000.

“Bookie loved his vinyl record collection,” it states in the press release.  “The songs, the artists, the history of music meant so much to him. It is only fitting that these records continue to inspire and connect with others while also contributing to the fine work MusiCounts does within the schools and communities to keep music in all our lives and inspire new generations of music lovers.”