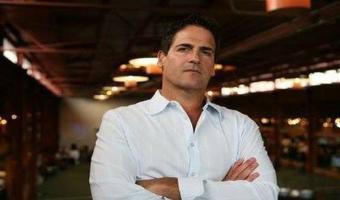 Billionaire Mark Cuban is voluntarily donating $10 million USD ($12.9 million CAD) to numerous organizations committed to supporting the leadership and development of women in the sports industry and combating domestic violence.

Cuban, owner of the team, immediately notified the NBA upon learning of the allegations and fully cooperated with the investigation, which resulted in a 43-page report, gathered from 215 interviews with current and prior Mavericks employees and an evaluation of over 1.6 million documents, including emails.

Key findings of the investigation include:

Numerous substantiated instances of sexual harassment and improper workplace conduct within the Mavericks organization over a period extending two decades (Cuban purchased the team in 2000), including improper workplace conduct toward 15 female employees by Terdema Ussery, the team’s former president and CEO. His conduct ranged from inappropriate comments to touching and forcible kissing.

Former Mavericks ticket sales employee Chris Hyde was found to have committed inappropriate comments of a sexual nature to women as well as unsolicited and unwanted sexual advances.  He also expressed violent and threatening outbursts towards co-workers and viewed and shared pornographic images and videos.

The investigators concluded that the Mavericks’ executive leadership team failed to respond adequately and was ineffective through a lack of compliance and internal controls, in quashing the growth of an environment that allowed the individuals who committed these acts to flourish. The report noted that the failure to dismiss Sneed following his incidents of domestic violence was "a significant error in judgment."

The investigators also found no evidence that Cuban was aware of any misconduct, citing that none of the 215 witnesses they interviewed attempted to inform the Mavericks owner of his CEO’s inappropriate behaviour.

When he learned of the Sports Illustrated article listing the numerous alleged workplace transgressions, Cuban took action immediately: he hired former AT&T executive Cynthia Marshall as the team’s new CEO and gave her a directive to overhaul the organization’s workplace culture. Under Marshall’s direction, the Mavericks replaced their head of Human Resources and General Counsel and hired a Chief Ethics and Compliance Officer and a head of Diversity & Inclusion.

All employees and ownership are now subject to mandatory "Respect in the Workplace" training, and a confidential employee hotline to share concern, issues or allegations of misconduct was implemented.  Employee resource teams and an external advisory council to ensure a collaborative and more diverse work environment were also established.

In addition, the investigators made several recommendations, including increasing the number of women on staff and hiring them for leadership positions; expanding and improving the team’s HR department and instituting "clear protocols" for workplace misconduct investigations, as well as enhancing the formal reporting process for misconduct victims and implementing regular workplace culture evaluations through anonymous employee surveys.

In addition, the NBA is requiring the Dallas Mavericks to provide the league with quarterly reports regarding the implementation of recommendations set for in the report and to immediately report allegations or instances of significant employee misconduct. They also expect the Mavericks to continually enhance and update the annual "Respect in the Workplace" training and to begin a program to train all staff and ownership on issues related to domestic violence, sexual assault and sexual harassment.

"The findings of the independent investigation are disturbing and heartbreaking and no employee in the NBA, or any workplace for that matter, should be subject to the type of working environment described in the report," said NBA Commissioner Adam Silver.  "We appreciate that Mark Cuban reacted swiftly, thoroughly and transparently to the allegations first set forth in Sports Illustrated — including the immediate hiring of Cynthia Marshall as CEO to effect change, but as Mark has acknowledged, he is ultimately responsible for the culture and conduct of his employees.  While nothing will undo the harm caused by a select few former employees of the Mavericks, the workplace reforms and the $10 million that Mark has agreed to contribute are important steps toward rectifying this past behavior and shining a light on a pervasive societal failing — the inability of too many organizations to provide a safe and welcoming workplace for women."

In an ESPN interview with The Jump host Rachel Nichols, Mark Cuban was apologetic and said he had no answers for the transgressions, but also said he was ultimately responsible.

"First, an apology, to the women involved," Cuban told Nichols. "To the women, in a couple of cases who were assaulted, and not just to them, but to their families. It’s not something that is just an incident and then it’s over: it stays with people and it stays with families and I’m just sorry I didn’t see it. I didn’t recognize it and I just hope that out of this, we’ll be better and we can avoid it and we can help make everybody just smarter about the whole thing."

When she questioned him about his lack of action on certain transgressions that he was aware of, a contrite Cuban did not try to deflect his inaction.

"I did know and I don’t have an explanation," Cuban responded. "I can give you lots of reasons, but they don’t matter. What matters is that it’s my responsibility and it didn’t happen and I have to be accountable for it.