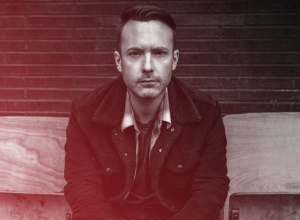 Country musician Dallas Smith has created a hotel concert series to raise money for his non-profit organization Lifted, “committed to ensuring that mental health services are accessible to anyone and everyone in need.”

The inaugural shows for the Lifted Hotel Festival will be held in Vancouver at The Westin Bayshore, Sept. 17-18, and viewed from the hotel's balconies.

"With lush and serene Stanley Park at its doorstep, water lapping the Coal Harbour Shores, snow-capped North Shore mountains in sight, and the vibrant city centre just around the corner, The Westin Bayshore, Vancouver is in perfect balance with its breathtaking surroundings," it reads on the hotel's overview page.

“Excited to finally announced the inaugural event for Lifted, a Dallas Smith Charitable organization! This is going to allow us to hold events in communities across the country, where we will raise funds and donate all proceeds to youth mental health services in that community. No profit. No BS,” Smith wrote on his Facebook page.

Smith, a chart-topping, multi-platinum, two-time CCMA Entertainer of the Year winner — and former frontman for the rock band Default — will host both nights, as well as headline.

Lifted Hotel Festival is presented by satellite radio SiriusXM Canada, in partnership with a one-stop shop for live events The Festival Company, and sponsored by radio station 93.7 JR Country.

“The Dallas Smith Charitable Organization was founded in 2020,” it states on the web site.

“Lifted is a a non-profit organization committed to ensuring that mental health services are accessible to all. Created by award-winning country music superstar Dallas Smith, Lifted strives to raise funds and gain community support towards destigmatizing mental health issues and championing local organizations to offer and provide assistance and resources to anyone in need.”