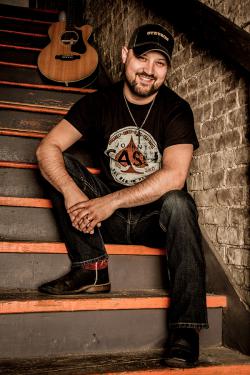 ‘Tis the giving season, but Canadian country artist Aaron Goodvin wants to keep that goodwill going the rest of the year, too. So he’s partnered with A World For Good, a service that lets customers — or in this case fans — vote for the cause they, and you, care about.

“So many exciting things have been happening for me in my career. Because of that I have been looking for ways to help those who are facing challenges right now,” the Alberta artist said in a press release, referencing his quartet of consecutive top 10s, including platinum-selling single “Lonely Drum” which won him a CCMA for Songwriter of the Year, and a second album out February on Warner/Reviver.

“A World For Good is a great way to do that and involve my fans who make it all happen for me. I hope that other artists will follow our lead.”

Goodvin, the first musician to use the platform, is asking his fans to vote for one of six non-profit organizations that mean the most to them: St. Jude Children’s Research Hospital, World Vision, MS Society of Canada, Ronald McDonald House Charities, Children’s Wish Foundation of Canada, and Stollery Children’s Hospital Foundation. The percentage of his donations will then be given to each charity accordingly throughout the next year.

"Together let's make A World For Good!" it reads on his landing page. "Please help me by watching my video below, voting for one of my charities, and sharing this page. YOUR vote tells me the charity that's most important to you, and guides my charitable donations. Thanks for your support!"

As well as voting for how Goodvin directs his money and time, fans can also buy an exclusive T-shirt--it reads “Together we can make a world for good” and has his signature--with a portion of that money also going to the charity they voted to support.

A World For Good is aimed at businesses. "Simply support worthy causes that you and your customers care about," it states on its web site. "Every A World For Good page grows community, loyalty and sales. Together we create a better world."