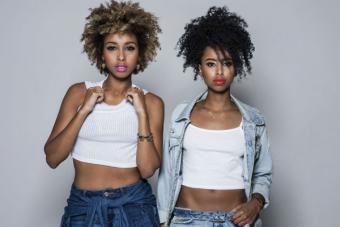 At a time when U.S. President Donald Trump continues push forward with his "Muslim ban," the South by Southwest (SXSW) music festival will host some pointed counter-programming with the ContraBanned: #MusicUnites showcase.

In a statement on the ContraBanned website organizers explained how the ban negatively impacts artists.

"For those who work to promote cultural diversity and inclusion in America, [the travel ban's] impact has been disastrous. Artists are wary of coming to the U.S., hearing horror stories of airport detentions and cancelled visas. Arts presenters, labels, and agents are reluctant to risk working with foreign artists for fears of shifting immigration policies, which could scuttle a long-planned project.

"This ban comes at a time when access to positive presentation of cultural diversity is more important than ever. ContraBanned: #MusicUnites affirms that music is universal, and can be a tool for positive change."

Organizers launched a Kickstarter campaign on February 20 to raise $15,000 USD ($20,112 CDN) in 15 days in order to make the showcase happen. Though the campaign won't end until March 8 it has already reached its goal and is sitting at $16,425 USD ($22,023 CDN) from 248 different donors. Organizers have since set a new, updated target of $23,000 USD ($30,839 CDN. The money, says organizers, is "to get the artists to Austin, and to give them a roof over their heads while they are here." If they reach their updated goal organizers say they'll use the additional money to "build on this momentum, toward more events that amplify this critical message of unity and diversity."

A number of organizations have come together to put ContraBanned together, including Tamizdat, a non-profit organization that facilitates international cultural exchange, globalFEST, a non-profit showcase and event service dedicated to world music, PRI's "The World," a daily syndicated radio program dedicated to music and stories from around the globe, and the rock paper scissors communications company.

The ContraBanned event comes at an awkward time for the SXSW festival. Whether intentional or through poorly articulated communication, a number of international artists have negatively interpreted a warning memo sent to them from SXSW saying if they accept any paying, or non-official SXSW gigs while they're in the U.S. they could be in violation of their visitor visas and potentially subject to deportation.